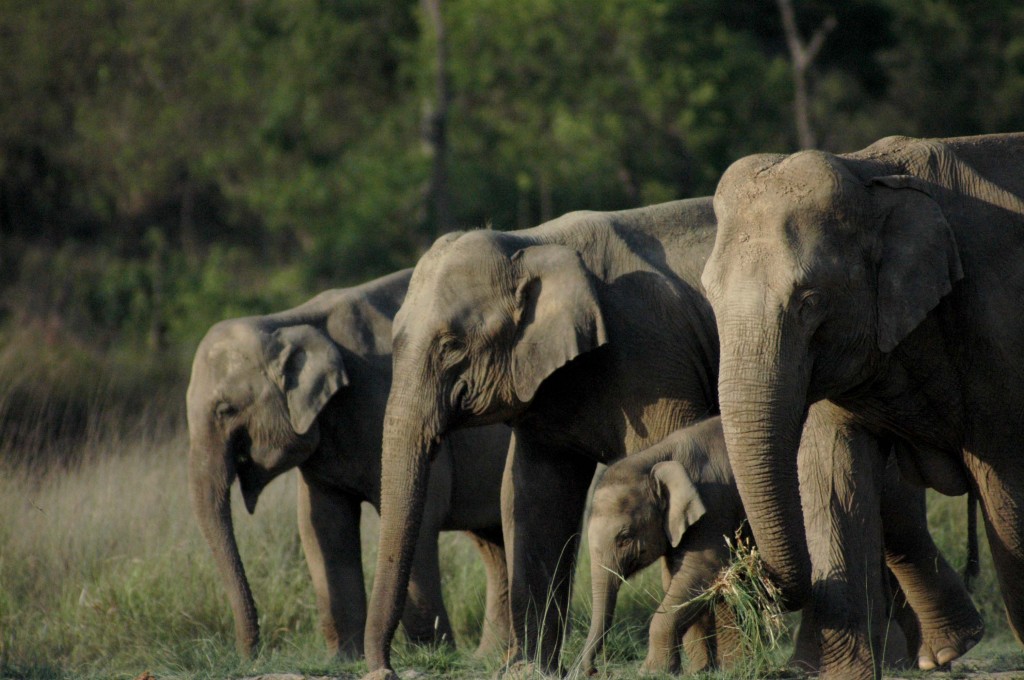 Dehra Dun: The Corbett National Park area has already become a source of worry not only for wild life lovers but for those protecting the tiger habitat and now it is the Rajaji Sanctuary in Uttarakhand that is causing nightmares to the concerned authorities.

The union ministry of environment and forests has specifically laid down that there will be no activity along one km of the border of the parks and sanctuaries of the country. But in Uttarakhand the bureaucracy has its own rules and the Haridwar district authorities gave permission for leveling an agriculture field along the sanctuary.

But there is more than what meets the eye. Under the garb of leveling the agricultural field, the person who took permission started mining the minerals along the river beds inside the Rajaji Sanctuary area, claiming that he had been given permission by the district authorities to work on the stretch of the river.

As the wildlife, and there is an abundance of it in the Rajaji Sanctuary, ran for protection, huge earth moving machinery and a number of trucks were conveniently moved in the forests to mine the minerals. And all this is happening right under the eyes of the forest department and the district authorities.

What is more appalling is the fact that the Haridwar district authorities did not think it proper to have a survey done at the ground level of the mentioned land as per the revenue records, on whether it is an agricultural field or it is the river bed. Without any verification permission was given and now they are looking the other way.

It may be mentioned that the state forest department has written to the National Tiger Conservation Project authorities for shifting four tigers to the Rajaji Sanctuary from the Corbett National Park, as there is abundance of herbivores for the tigers to feed on in the sanctuary.

The department feels that by re-locating the four tigers, (two males and two females) there is all likelihood that they pairs will mate and there will be an increase in the tiger population in the state. But this project is likely to receive a setback not only because of the mining but also the fact that a number of important people, including officials of the judiciary and bureaucracy have brought land in the region to construct resorts.

The Corbett National Park is already plagues with the large number of resorts that have come up in its buffer zone and in the peripheries, some of which have also closed the movement corridors of the big cats and it is feared that if the state government does not put its foot down, the Rajaji Sanctuary will meet a similar fate.