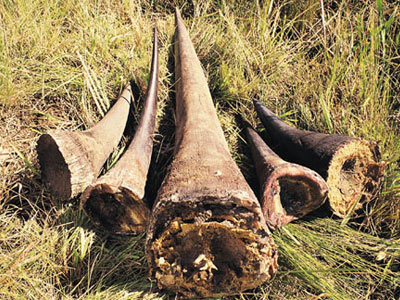 Dehra Dun: It is a well known saying ‘man proposed God disposes’. But in this small mountain state of Uttarakhand, man proposed but departments sleep. And while departments sleep, it is apparently no one’s concern, not even the state governments that they wake up from their slumber.

One will recall that there was a provision under the Wildlife Act, 2003, under which all persons, organizations, and establishments having trophies of wild animals, skins, bones, nails, and even stuffed animals, had to get these registered with the wildlife departments. They were also to reveal the source from where the wild life material, that they had in possession, had been procured.

This was apparently done to contain the poaching of wild animals, particularly tigers, leopards, and other animals which are stuffed, or their heads mounted for trophies. Once the possessions had been registered, any fresh trophy or wild life part could attract provisions of law, as it would be hard for the owners to justify their possession, which would put an end to poaching.

Consequent to this, within six months that was stipulated, as many as 593 applications were received for the registration of these wild life products by various individuals, organizations and establishments. Amongst those what had to be registered included 95 shatoosh shawls,  83 tiger skins, 70 leopard skins, three black buck skins, two crocodile skins, two snow leopard skins, 26 trophies of tigers, six trophies of leopards, three of barasingha and three of musk deer.

But nine years have passed since the applications were made, but apparently the wild life department is yet to register these items and give certificates to their owners so that they are not harassed by the department personnel for illegally possessing them and even penalized under law. Of these applications, 382 are from Dehra dun, 95 fron Haridwar, 37 from Almora, 29 from Nainital, 28 from Pauri, 10 from Tehri, seven from Rudraprayag, three from Udhamsinghnagar and two from Chamoli.

Department sources while confirming that the applications had been received said that after confirming the sources of these items within six months the persons or establishments were to be given certificates for being able to retain or keep them. “However, the matter was not pursued as it was felt that the department has the list of owners of such items and any other person who owned any wild life could be identified and action taken”, they claimed.