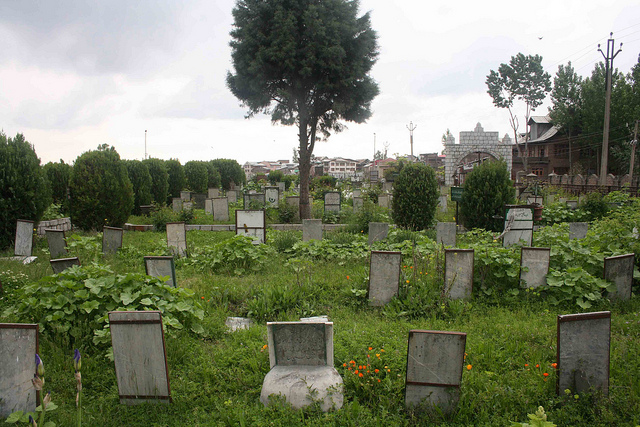 Srinagar: In a major blow to the families of missed persons, the Jammu and Kashmir government on Wednesday rejected wide-scale DNA testing of bodies in thousands of unmarked graves. Families of missed persons were hoping to find some clue of their relatives had the government allowed DNA testing.  Two decades of armed conflict has resulted in missing of hundreds of Srinagar youth.

A report by the J&K home department states that DNA tests are possible only when families would identify both the graveyard and the exact grave where they think their missing were buried, “The random collection of DNA from the graves would be an “academic exercise” that would “hurt the local sentiments,” the report said

Khurram Parvez, a human rights activist associated with Association of Parents of Disappeared Persons, while taking to a media outlet has criticized the report as “yet another attempt by the government to obfuscate the truth and sustain impunity.”

Last year State Human Rights Commission had confirmed existence of 38 burial sites in the north Kashmir in which 2, 156 unidentified bodies have been buried, “574 other bodies found in the graves were identified as local residents, and it urged widespread DNA testing,” report had stated.

The findings by the commission dented the image of New Delhi which had consistently announced that bodies in these graves are of foreign militants.

The twist to the expose happened when state government filed a report to its human rights commission in which the state says that bodies in the graves are of foreign militants.

The J&K government report also said that  random DNA testing of the graves  is not possible owing to the paucity of labs in India. It could also “attract undesired media attention, cause prolonged trauma to the people and can also act as a trigger event for causing serious law and order disturbances,” it said.