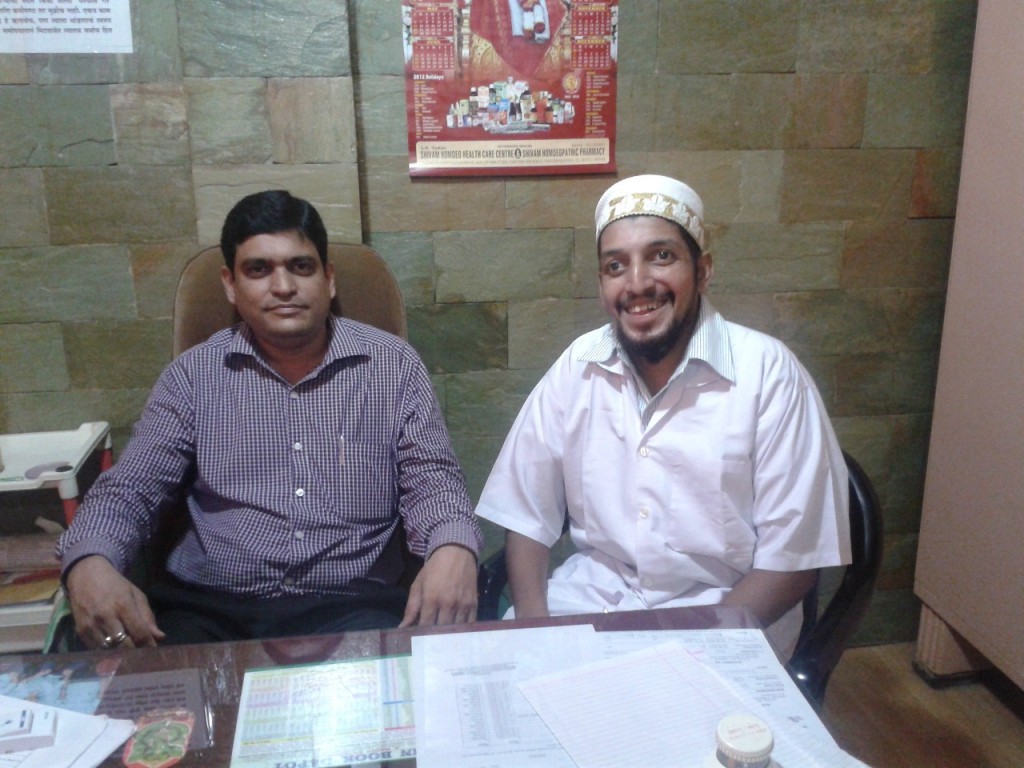 Mumbai: Working around his physical limitations since he was born, this 31-year-old has proved cerebral palsy cannot stop him from achieving what he desires. Rightly so, he is soon to become a homoeopathic doctor despite the condition.

Husein Jetpurwala is the epitome of self-reliance and goes about doing his day-to-day chores like any other person, although he occasionally needs crutches. “But only when I am in a crowded place,” he chirps with a smile.

Having undergone 18 corrective surgeries over the years, Husein moves around the city on his own. He travels from his home to his college, 50 km away, alone in a Mumbai local train.

Appreciating his mother for constantly looking after him and also teaching him to be self-reliant, Husein said if not for her, he would have never been independent. “From admitting me to special and normal schools and college to encouraging me to take up medicine, my mother has been a guiding light. I can only imagine how difficult it would have been for her to deal with this,” said Jetpurwala.

“Mother took care of me and always dropped me to school when I was a child. However, she also wanted me to be independent and so started sending me to school in a rickshaw. She made a special identity card for me and also put Rs.100 inside the ID card cover in case I needed it,” he reminisced.

Narrating an incident when at the age of 13, he took off alone to meet his grandmother and cousin, Jetpurwala said it was only later he was told that he was not alone.

“My mother was in a fix. She did want me to travel alone and be independent. But as a mother, she didn’t have the heart to leave me to it. So, she followed me and kept an eye at me from a distance. She even went to the control room of the local railway station and spoke to the motormen and requested them to halt the train a little longer as I might take a while to alight,” he said with a twinkle in his eye.

Growing up, Jetpurwala decided to take up medicine. While at a fitness test at Mumbai’s famous J. J. Hospital, the examiners were aghast at his determination. “They even asked me how could someone like me even think of becoming a doctor? What if I fail?” he said.

He however overcame the gruelling sessions with a panel of 17 doctors and they certified him to be mentally fit. “Of course, my physical disability was very visible,” he said.

Going around his college, Virar Homeopathic Medical College, that took him under its wings and taught him to be a doctor, it becomes clear that Jetpurwala is not only special but also popular with one and all. Be it fellow students, juniors or teachers and college staff , Jetpurwala has a special place in the hearts of everyone, including his mentor and college principal B.R. Mishra.

“I have never come across anyone with cerebral palsy becoming a doctor. I have been an examiner at many examinations and have not seen anyone even making an effort to study something as difficult and lengthy as medicine,” said Mishra.

“Jetpurwala might be the first person with the condition to become a doctor,” he added.

Appreciating Jetpurwala for his willpower and the constant support of his parents, Mishra emphasised that he never felt Husein was different or needed any special attention.

“Except for Jetpurwala taking a writer during written exams, we have done nothing special for him. He has had no concessions owing to his condition. He didn’t need them. He has a keen sense of observation, strong grasp and sharp understanding. His immense tolerance is just commendable,” Mishra said.

“He asks intelligent questions and has never once asked me for any special favour citing his condition. I am sure he will be an excellent doctor,” he added.

Born premature, Jetpurwala had turned blue while being shifted to another hospital with incubator facilities much needed by him soon after his birth. “This affected his brain and my son was hit with palsy,” said his mother Fatema, who is also a homoeopathic doctor.

“My husband Ismail has been a constant support, a strong shoulder to lean on while I studied medicine from this very same college,” said Fatema, who is also a lecturer there, apart from practising.

Jetpurwala, who has been married for over a year now, plans to study further. “I will either take up an MBA in hospital management or an MD in homoeopathy,” he said.