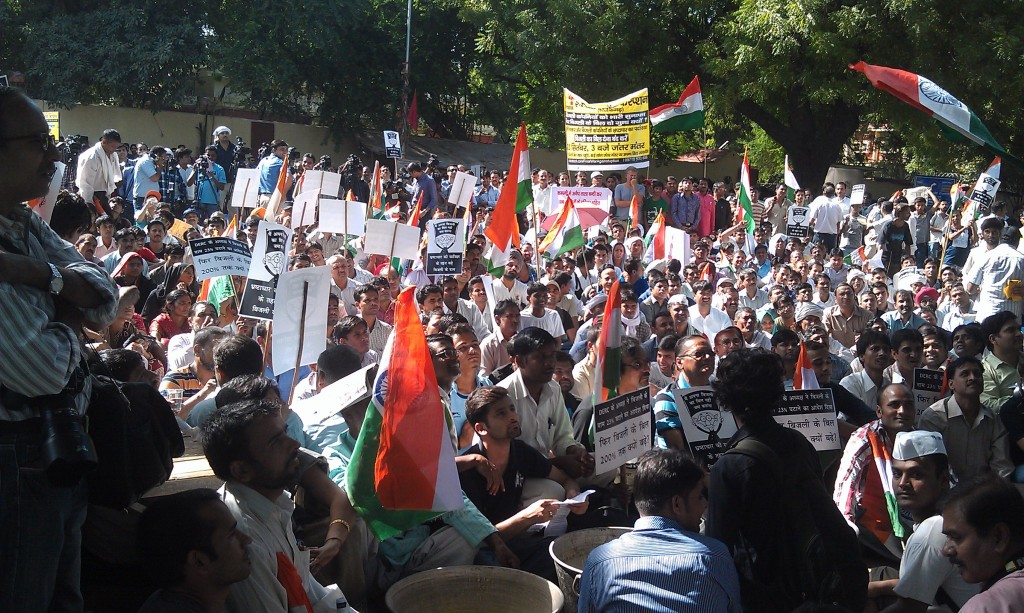 New Delhi: Ahead of forming a political party after splitting with Anna Hazare, activist Arvind Kejriwal and his India Against Corruption (IAC) team Sunday hit the streets against the power tariff hike by the Delhi government.

Protesting the 26 percent electricity tariff hike decided by the Sheila Dikshit government in July this year, around 500 IAC activists gathered at Jantar Mantar masonry observatory in the city centre.

Bhushan told the gathering that the hike was “unacceptable”.

“Electricity bills have doubled after the power tariff hike. Earlier, people paid Rs.500 for 200 units of power. Now, they pay Rs.1,000 for the same quantity of power,” Bhushan said.

The protestors have demanded an immediate rollback of the power tariff hike.

The IAC also claimed that even though private sector power distribution companies were making profits, they were claiming losses and forcing the government to hike power tariffs.

The protest comes within a week of Anna Hazare splitting with Arvind Kejriwal and his associates over their decision to form a political party.

Hazare distanced himself from the decision and publicly asked Kejriwal and his associates not to use his image or name in their political party.

Kejriwal and his team have decided to contest the Delhi assembly polls slated for 2013, and not to contest the Gujarat and Himachal Pradesh assembly elections to be held later this year.

They have defended this decision, saying they have little time to prepare for the polls in the two BJP-ruled states.