Shimla: Slow roll out of information technology (IT) enabled services in a state with about 90 percent population living in rural areas, mainly in hilly terrain, notwithstanding, the impact has begun to show results as more and more Lok Mitra Kendra’s (IT kiosks) become functional and start offering online government 2 citizen services.

“Starting out with collection of electricity bills, a service outsourced in October 2010, today there are 1589 LMKs routinely receiving payments on behalf of HP State Electricity Board and have till date collected an accumulated amount of Rs 50.76 Cr,” says Anil Semwal, an officer with the department of information technology.

A scheme  backed by the union government, the state has roped in two private companies to set up 3366 LMKs and provide IT enabled services for the 3243 panchayats in the state.

Not just for rural areas, the government has given a nod for establishing LMKs in urban areas, said Semwal.

Running behind schedule, though the service provider companies claim to have set up 2800 LMKs but the state administrative machinery has only verified and approved 1858 of them.

Given the response to HPSEB bill collection service, more government 2 citizen services such as water bill collections, ticketing for Himachal roadway buses, BSNL phone bill collections and obtaining copies of revenue papers have been handed over to these kiosks. 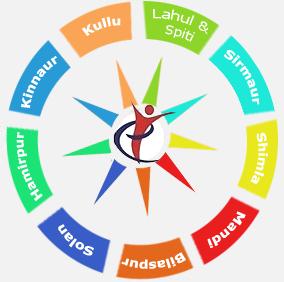 Started in September 11, for the 72,165 transactions recorded these kiosks have collected Rs 1.36 Cr amount as water bills dues; started in October 11, bus ticketing collections have been Rs 10.2 lakhs; for providing revenue papers from March 11, the collections have touched Rs 18.60 lakhs and against BSNL phone bill dues collection, a service started in June 12, the amount has touched Rs 13.93 lakhs.

Village level entrepreneurs work as franchise owners of the LMK’s, who work on a revenue sharing model with the two companies that are responsible for setting up these centers in all the panchyats.

Having successfully run an pilot for starting web enabled government citizen interface in Hamirpur district in 2001, the project was handed out in January, 2009 and was initially scheduled for completion in September, 2010.

The central government had made available Rs 166.75 Cr for the ambitious e-governance program of Himachal, which includes setting up of these kiosks.