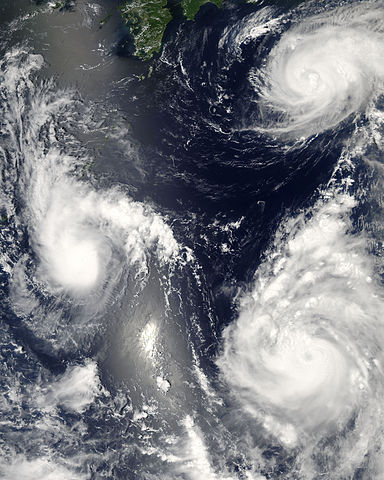 At least one person was dead and two were missing, Xinhua reported.

People were affected in 26 counties in six cities. Around 69,000 people have been relocated to safer places, said officials.

The typhoon also affected more than 135,000 hectares of crops, and flattened 1,900 houses where around 700 families lived.

It caused an economic loss of 608 million yuan (about $95 million) to the region.

Two people died and 10 others were missing Saturday in China following a rain storm, authorities said.

Power and telecommunication services were disrupted. The Met department has forecast more rains in the region in the next five days.