Shimla: Thieves broke into historic Christ Church on The Ridge and have decamped with the collections made in the donation box.

District police chief Chander Shekar said that a case had been registered and the matter was being investigation.

He said that it is hard to figure out what the donation amount could be. 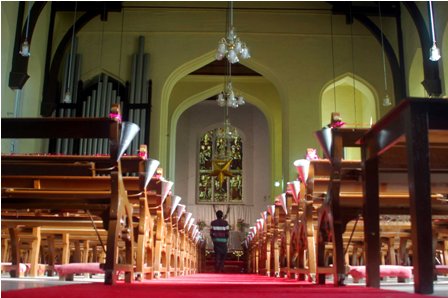 A police spokesman said that the matter was reported at about 11 a.m. after the Church priest noticed that the donation box had been broken open.

Investigators noticed that a rear window had been broken open and a entry forced in from there.

The theft appeared to have been made at night but it was noticed only after the priest opened and Church in the late morning hours. 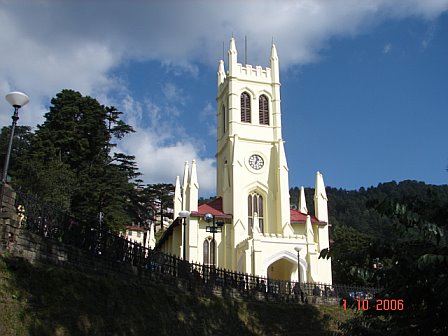 One of the oldest Church’s on North India, designed in neo-Gothic style, it was consecrated in 1857 and remains one of the most enduring legacies of the British Raj.

Designed by Colonel JT Boileau in 1844 to serve the Anglican British community that lived in Shimla then, the clock that no longer functions was donated by Colonel Dumbleton in 1860.

Erected in 1899, the church’s pipe organ is the biggest instrument of its kind in India.