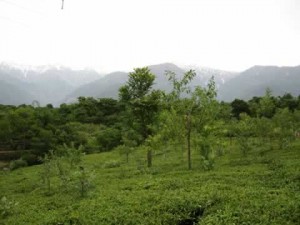 Agartala: Tea production in the organised sector is declining in India due to ageing bushes and little investment and the country may have lost 50 million kg of tea in the past 10 years.

At the same time it is rising in small holdings which account for nearly 28 percent of the total tea cultivation area and 26 percent of the country’s total production.

According to him, 1,686 big gardens (organised sector) produce 723 million kg (from 416,027 hectares) of tea yearly, accounting for more than 74 percent of the country’s total production.

Saini said: “The number of small tea growers in the country would be around 250,000, producing 257 million kg of tea (from 162,431 hectares) annually, accounting for more than 26 percent of the country’s total tea production.”

Saini said that domestic consumption of the beverage is rising although the per capita consumption in India is less than in other countries.

He was here for the setting up of a tea board office in Agartala. Tripura Industries and Commerce Minister Jitendra Choudhury Monday laid the foundation stone of the office, to be built at a cost of Rs.2.07 crore.

Choudhury said the Tripura government has urged union Commerce and Industry Minister Anand Sharma not to shift the tea board office for small tea growers from Guwahati to Dibrugarh in eastern Assam.

“If the tea board office for small tea growers move from Guwahati to Dibrugarh it would make inconvenience for them to take the benefit of the tea board. Hence it would affect production and cultivation of tea in other northeastern states,” he added.

The Minister also said that some tea garden owners are trying to use the stipulated land for rubber cultivation to earn more easy profit. “The Tripura government would not allow this. Tea garden land cannot be used for other purposes according to the act concerned.”

Tea plantations in Tripura dates back to 1895. In fact, Tripura is categorised as a traditional tea-growing state, with about 58 organised tea estates producing about nine million kg of tea every year. This makes Tripura the fifth largest among the 14 tea producing states after Assam, West Bengal, Tamil Nadu and Kerala.