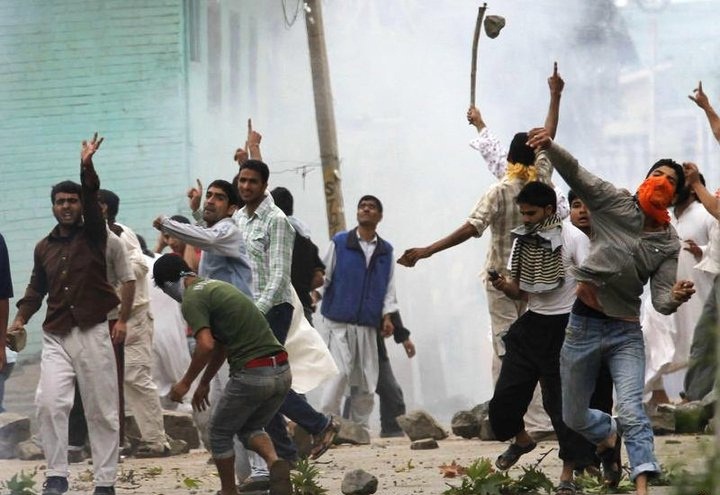 Srinagar: At least twelve people including four policemen were injured in stone pelting incident at Down Town area of Srinagar.

Reports said that stone pelting started when scores of boys’ pelted stones on CRPF personnel and JK police personnel who were deployed in strength to thwart the protests called by separatists post Friday prayers.

Meanwhile JK police in a statement issued to the media confirmed the incident and said, “Police exercised maximum restraint after youth attacked out personnel and injured many of them.”

Meanwhile a photojournalist, Syed Sheryar working with a local News outlet was also injured while covering the stone pelting.

“I was hit by a sling shot in the leg while covering protest. I could not even move an inch until other cameramen arrived at the spot and shifted me to the hospital,” Sheryar said.

It is pertinent to mention that police officials had said that yesterday night some motor cycle borne youth pelted stones on Nowhata Police station in old city injuring a JK police man and CRPF trooper.

Down town area of city is considered the hot bed of separatists and anti India sentiment runs high in the area which is frequented by stone pelting encounters between forces and youth.