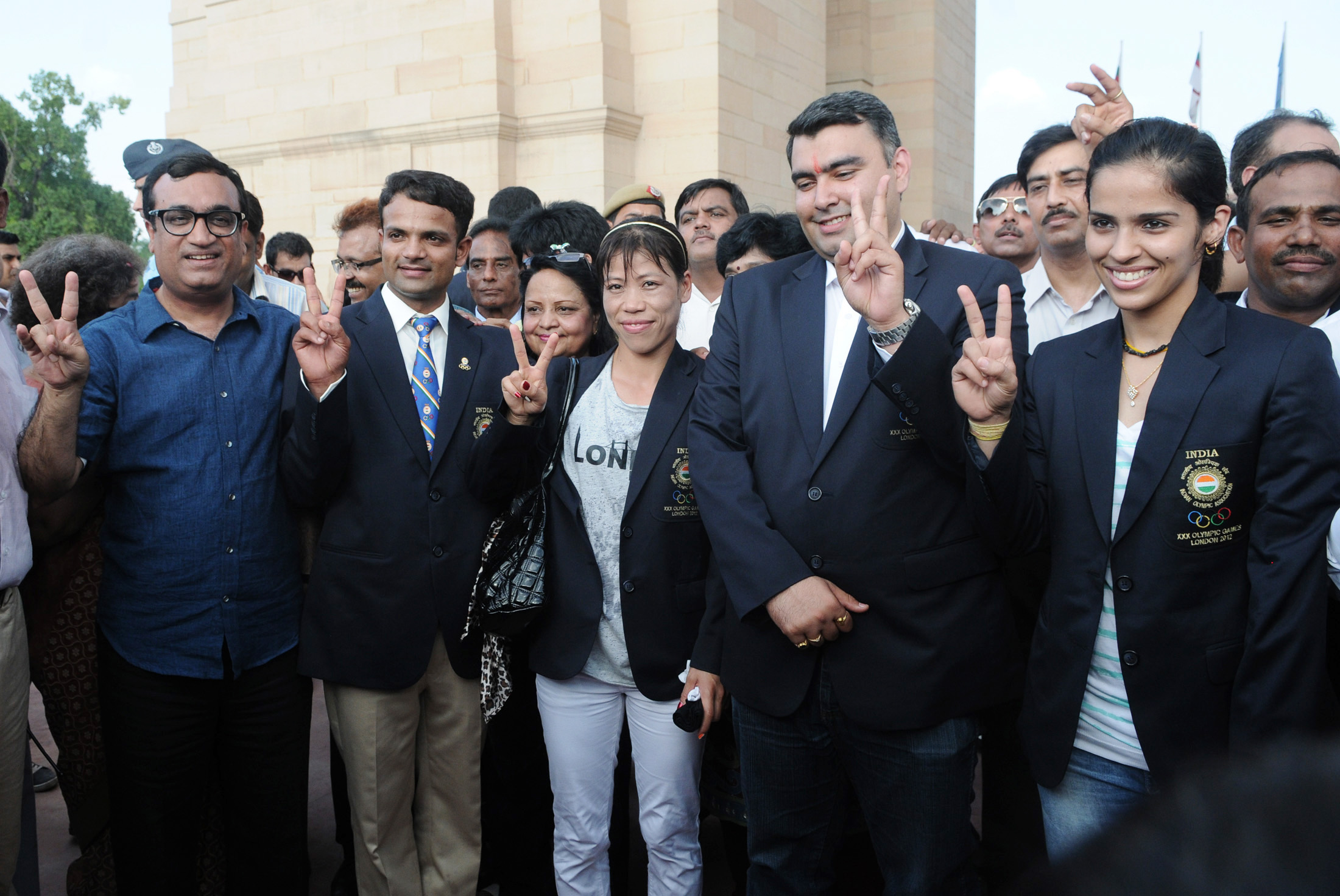 Ajay Maken, Minister of State (I/C) for Youth Affairs & Sports presided over the felicitation ceremony, which was attended by representatives of Indian Olympics Association, National Sports Federations, officials of the Sports Ministry and Sports Authority of India ( SAI). More than 2000 young sports persons of “COME & PLAY SCHEME” of SAI and children from several schools added colours to the ceremony. 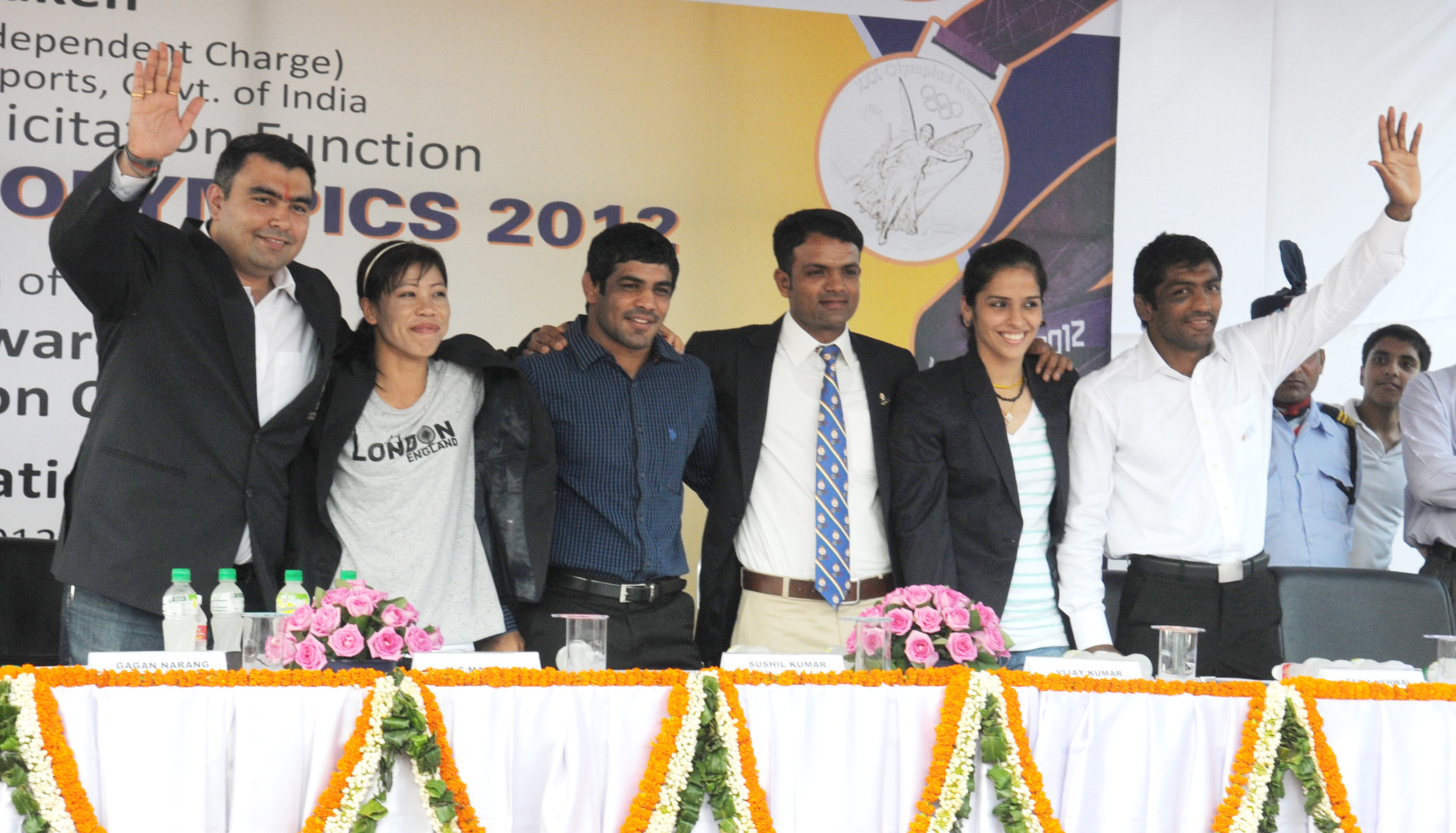 At the function, six young talented sports persons of “Come & Play Scheme” presented cheques of Special Cash Awards to each of medal winners of London Olympics, 2012. The Cheques of cash award of Rs. 30 Lakh each to two Silver medal winners, namely, Mr Sushil Kumar and Mr Vijay Kumar and of Rs. 20 Lakh each to four Bronze Medal winners, namely, Mr Gagan Narang, Ms Saina Nehwal, Ms M C Mary Kom and Mr Yogeshwar Dutt were given away under the “Scheme of Special Award to Medal winners in international Sports events” of the Sports Ministry.

After the felicitation function, six medal winners along with rest of members of Indian contingent to London Olympics and more than 2000 young sports persons of “Come & Play Scheme” and school children marched to Amar Jawan Jyoti at India Gate and paid the floral tributes to the martyrs.

While speaking earlier at felicitation ceremony , Ajay Maken, lauded the athletes and their coaches for their extra ordinary performance at London Olympics. Keeping in view, best results achieved under “OPEX London 2012” ,Makan announced that a programme on similar lines “OPEX Olympics -2020” would be launched with a target to get 25 Medals. As a part of the programme, all athletes would be provided international and domestic exposure, foreign coaching and other infrastructural facilities, he added. 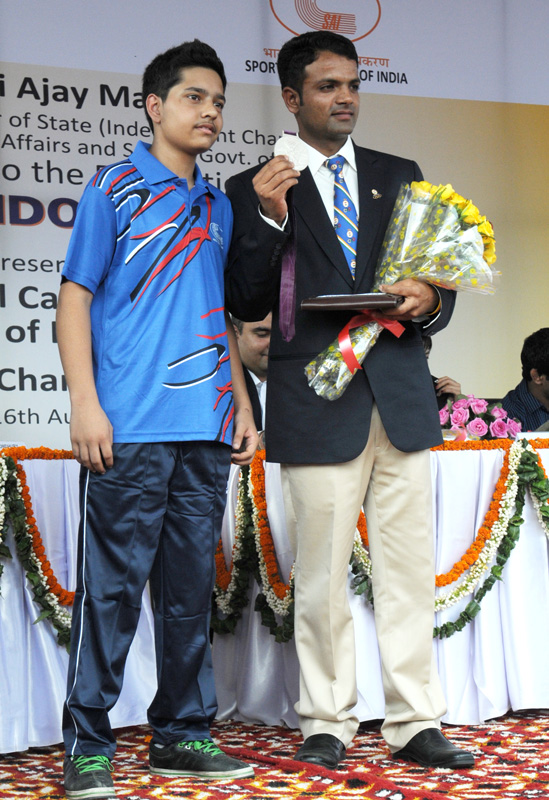