London: Saina Nehwal achieved a first by marching into Olympic badminton semifinals, while star boxer Vijender Singh is only a bout away from repeating his medal performance of the Beijing Games following a narrow win in the pre-quarterfinals here Thursday. 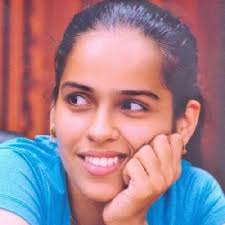 The 22-year-old fourth seeded Saina warmed the hearts of her fans with a 21-15, 22-20 win over fifth-seed former World No.1 Dane Tine Baun at the Wembley Arena, before Vijender pipped US rival Terrel Gausha 16-15 in a thrilling bout to enter the quarterfinal of the men’s 75 kg boxing category.

He will now fight Uzbek Abbos Atoev for a place in the semifinal. Victory over Atoev will assure Vijender of a medal, as both losing semi finalists are given bronze in the competition.

Leander Paes and Sania Mirza, India’s lone remaining hope in tennis, blazed past the formidable Serbian pair of Nenad Zimonjic and Ana Ivanovic, 6-2, 6-4 on the iconic Wimbledon Grass Court for a place in the mixed doubles quarterfinals.

Inspired by Saina’s performance, her compatriot shuttler Parupalli Kashyap played his heart out against top seed Lee Chong Wei of Malaysia but in the end lost the men’s singles quarter final 19-21, 11-21 after a 47-minute fight.

The unheralded Kashyap, who has impressed many with his great run in the competition, led his fancied opponent for most part of the opening game but ultimately submitted to the Malaysian’s vast experience. Up 1-0, Wei took the second game and match comfortably.

However, before Saina took to the court, India’s date with the Olympics began with a double heartbreak as highly-rated double trap marksman Ronjan Singh Sodhi failed to make the final while pugilist Jai Bhagwan fell by the wayside in the pre-quarterfinals.

World No.5 Saina took only 39 minutes to pack off the 33-year-old veteran Baun, a two-time winner of the All England championship, and came closer to a medal.

The Indian took off in excellent form with her cross-court and traditional sliced smashes against the error-prone Baun, who found her serve under constant pressure. Saina won the opening game on her fourth game point.

A determined Baun put up a much better show in the close second game which saw an exciting see-saw battle. Initially Baun opened up a 10-7 advantage but Saina clawed back winning six consecutive points to take the lead (13-10).

The fifth seeded Dane suddenly found spring in her legs when it appeared that Saina would ease through. Baun first levelled the score at 15-15 and then went ahead 18-15.

In no time, Baun reached game point (20-17). But the 22-year-old Indian was in her elements and rallied back saving three game points and drew level at 20-all.

Within a couple of minutes, coach Gopichand jumped up from his seat as Saina clenched her fist, indicating her triumph at the quarterfinal stage.

Saina would now face reigning world champion and top seed Wang Yihan for a place in the final. The Chinese has a one-sided 5-0 win loss record against the Indian, but Saina’s superb form in the competition, where she is yet to lose a game, makes one positive about her chances.

And in the event of a loss, Saina would have the chance to feature in the bronze medal play-off and bring the country its first Olympic medal from the sport.

At Wimbledon, up against former women’s single number one Ivanovic and four Grand Slam mixed doubles title holder Zimonjic, Paes and Sania combined well, dominating the proceedings from the outset.

While Leander sent down his trademark incisive volleys and shots at the net, Sania’s signature-tune power-packed forehands and down the line winners spelt doom for the Serbians.

In the opening set, the two teams traded breaks in the third and fourth games before the Indians broke their opponents in the fifth and seventh to close the set in only 26 minutes.

Keeping up the momentum, they broke the Serbians in the first game of the second set and then held serve to emerge winners.

In shooting, the 32-year-old Sodhi, considered a strong medal hope, misfired after a sound start to finish way down at the 11th spot of the qualification contest at the Royal Artillery Barracks.

The two-time World Cup champion had an excellent first round where he was the joint top scorer with 48.

However, he started dropping clays in the second and third rounds where he collected 44 and 42 points, respectively, to make an exit.

The disappointment at the ranges spilled over to the boxing arena. Jai Bhagwan was outpunched by his Kazakh opponent Gani Zhailauov 8-16, dashing medal hopes from the event.