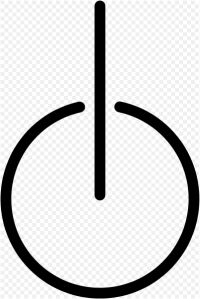 Washington: Over a million homes and businesses in Louisiana, the home state of Indian-American governor Bobby Jindal, and neighbouring Mississippi were still without power as a weakened storm began a slow trek northward.

Nearly half of Louisiana with some 901,000 homes and businesses was without power late Thursday as Tropical Storm Isaac now downgraded to tropical depression as workers started creating a small breach in a dam on Louisiana-Mississippi border to save parts of the state from flooding.

In neighbouring Mississippi, utility companies are working to restore power to more than 150,000 customers in south and central parts of the state, media reports citing officials said.

Hoping the worst for New Orleans is behind it, Mayor Mitch Landrieu said the city’s levees and pumps have held up as Isaac stormed through, seven years after Hurricane Katrina devastated Louisiana’s largest city.

The city’s levees system was rebuilt and reinforced at a cost of $14 billion after the disaster that claimed over 1,800 lives.

Meanwhile, workers have started creating a small breach in a dam near McComb, Mississipi, in hopes of lessening pressure that could cause it to fail and flood homes along the Tangipahoa River in Louisiana, Jindal said Thursday.

The breach in the dam, which is located in Percy Quin State Park, would release enough water to lower the level of Lake Tangipahoa by eight feet, he was quoted as saying by Baton Rouge Advocate.

If the dam burst some 40,000 to 60,000 people living on either side of the river could see floodwaters as high as 17 feet – similar to floods in 1983 and 1990, said Jindal calling the situation in the Tangipahoa Parish area as “the biggest challenge” the state faced.

In LaPlace, Louisiana, about 28 miles north and west of New Orleans, the National Guard was evacuating 3,000 people trapped by flooding. Jindal said they were rescuing about 30 people an hour.

As rescues of flood-trapped residents continued in Louisiana, more northern places such as Arkansas, Missouri and Illinois braced for the impact of Isaac.