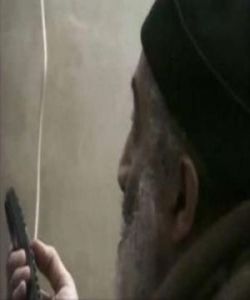 Washington: Osama bin Laden, the Al Qaeda chief, was unarmed and had already died with a bullet to the brain when the US Navy commandos entered his bedroom during a raid in Pakistan’s Abbottabad city, a US Navy SEAL has revealed in a book.

Giving a firsthand account of last May’s raid, the SEAL who also participated in it, has disclosed that Osama had been fatally wounded before they entered the room.

As the SEALS ascended a narrow staircase, the team’s point man saw a man poking his head from a doorway, wrote the SEAL using a pseudonym Mark Owen (whose real identity has since been revealed by Fox News) in “No Easy Day,” a copy of which was obtained at a bookstore by The Huffington Post.

“We were less than five steps from getting to the top when I heard suppressed shots. BOP. BOP,” writes Owen.

“I couldn’t tell from my position if the rounds hit the target or not. The man disappeared into the dark room.”

Contrary to media reports that Osama had a weapon and resisted when Navy SEALs entered the room, he was unarmed, writes Owen.

Team members took their time entering the room, where they saw the women wailing over bin Laden, who wore a white sleeveless T-shirt, loose tan pants and a tan tunic, according to the book.

“Blood and brains spilled out of the side of his skull” and he was still twitching and convulsing, Owen writes.

While bin Laden was in his death throes, Owen writes he and another SEAL “trained our lasers on his chest and fired several rounds. The bullets tore into him, slamming his body into the floor until he was motionless.”

Then the SEALS repeatedly examined his face to make sure he was truly bin Laden. They interrogated a young girl and one of the women, wailing over bin Laden’s body, who verified that it was Osama.

The book calls out inaccurate accounts of the assault.

“The raid was being reported like a bad action movie,” Owen writes. “At first, it was funny because it was so wrong.”

Contrary to earlier accounts, Owen says SEALs weren’t fired upon while they were outside the gate of the compound. There was no 40-minute firefight.

While searching Osama’s neatly organised room, Owen writes, that he found two guns — an AK-47 and a Makarov pistol — with empty chambers.

Owen also writes that the shots fired inside the room appear to contradict the mission they were given.

During a meeting with top commanders, a lawyer from either the Pentagon or the White House “made it clear that this wasn’t an assassination,” writes Owen. He recounted the instructions: “I am not going to tell you how to do your job. What we’re saying is if he does not pose a threat, you will detain him.”