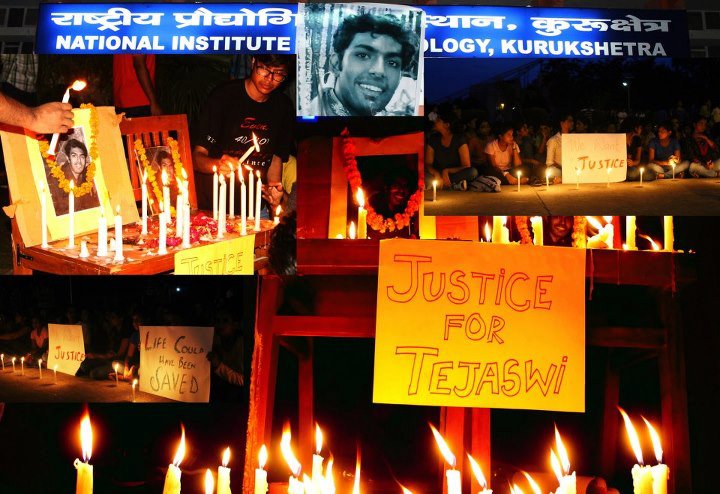 Kurukshetra: Tejasvi Arora, a third-year engineering student of NIT Kurukshetra, died after he drowned in a canal near Jyotisar on the Kurukshetra-Pehowa road on Tuesday morning.  Tejasvi and his friends had gone to the canal, nearly 5 km from the NIT campus, on Monday evening.

Four of them entered the canal waters but the water flow was rapid and they lost control. Three of them were rescued by the irrigation department employees posted near the spot. Tejasvi, however, could not be rescued and he drowned.

A group of students, who reached the hospital upon hearing the news, blamed the college administration for Tejasvi’s death.

The whole third year is reported to be on a strike and they are asking for resignation of  Institute’s Director. The students are taking help of Facebook and Social Media and they have even started a Facebook page, which bluntly calls Director of the Institute as murderer of Tejasvi Arora. 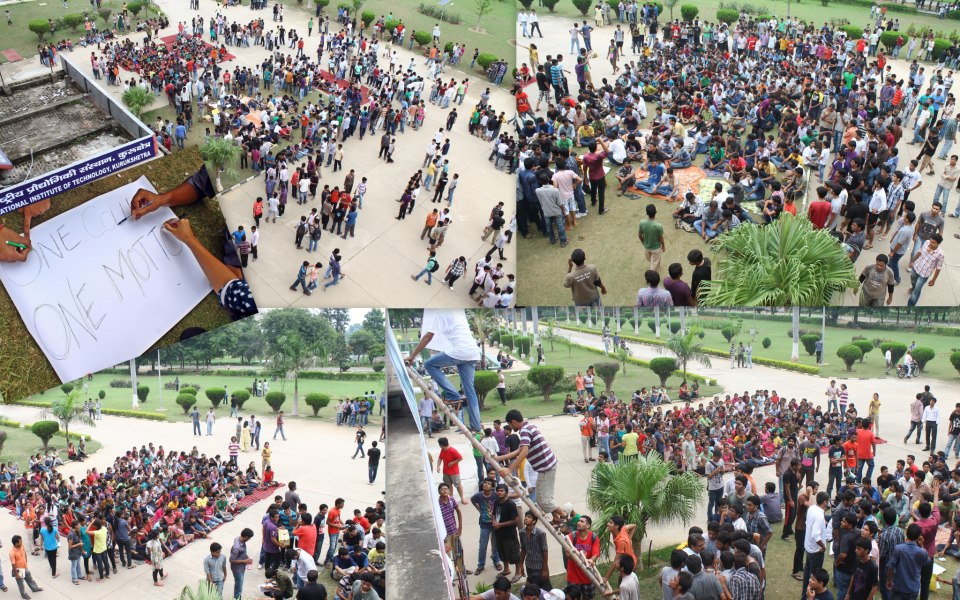 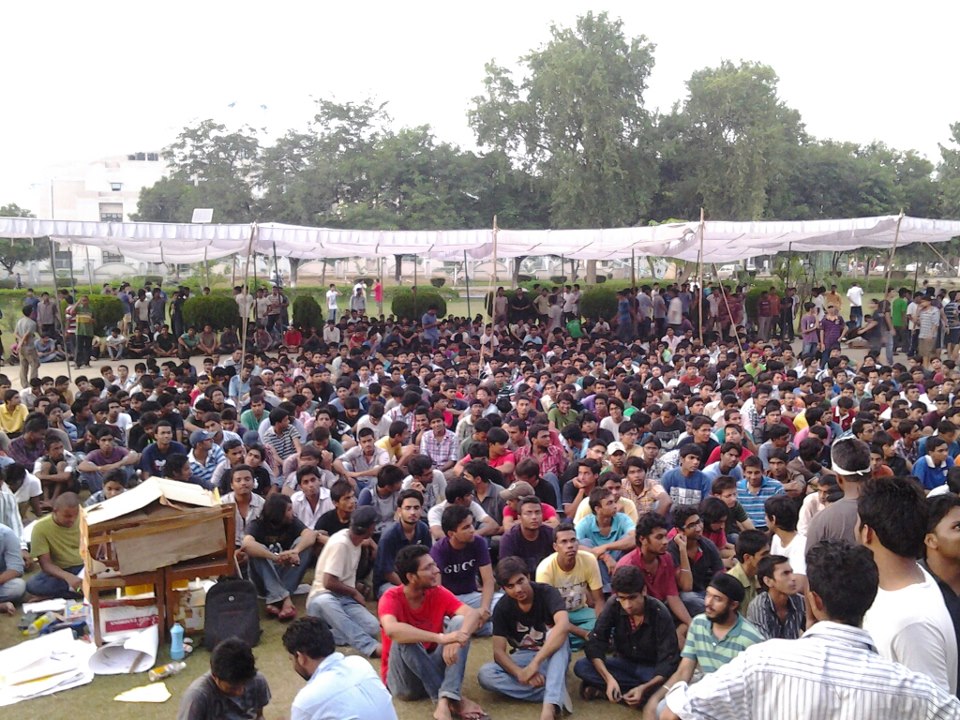 On condition of anonymity, a student let Hill Post know that, “Tejasvi had fallen in the Jyotisar canal at around 5 and Institute officials were informed about the situation at 6 but no immediate action was taken. Only one diver was called for rescue action and even he refused to dive in the canal citing darkness as a reason. The body, when taken out of the canal at 10 in the morning, was sent for check up by the students in an auto as no ambulance was called by the authorities involved. The doctors revealed that Tejasvi would have died at around 3 in the morning and could have been saved had immediate action been taken on the part of authorities.”

A group of agitated students ransacked the Director Office and damaged institute’s property after this news spread.

Today, 800 students of third year were suspended by the college authorities and they were immediately asked to vacate their hostels.

Institute registrar, GR Samantray reportedly said that the suspension of students was the last option they had because students were adamant and demanding resignation of the Director, which he said, was an unjust and illogical demand.

Meanwhile, institute administration block was crowded with students of third year, sitting on the floor, shouting slogans, and demanding Director’s resignation. They even took out a candle march in the college campus.

Suspension notice was posted in the hostels early morning. Around 11 A.M. students were asked to leave hostels and hostels were locked. In the evening, it was announced that Director’s mother had expired. Director was expected to address the students at 6:30 pm but he did not come.

Acting Director, V.K. Arora talked with the students for two hours in the Guest House.

After suspension orders, it is reported that students from other colleges in Kurukshetra are also joining hands with NIT students and they are gathering in the college campus to support the protest.