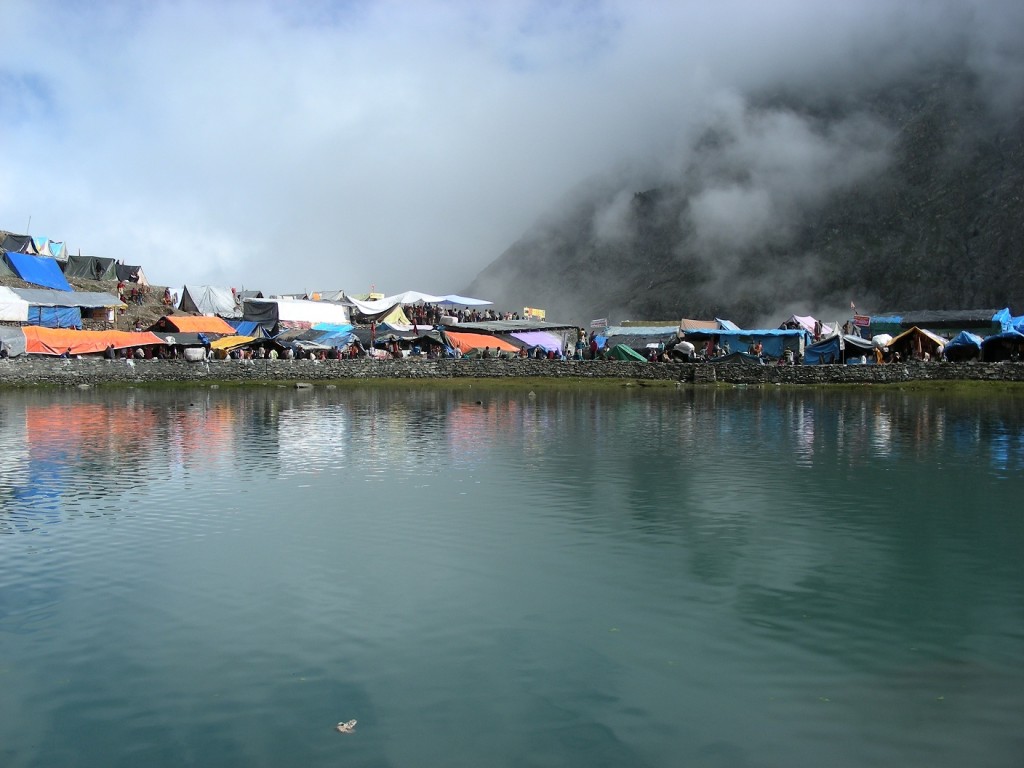 Chamba: An annual 45-day pilgrimage to the Manimahesh Lake located at an altitude of 13,500 feet in Himachal Pradesh began Friday, an official said.

This year, the pilgrimage, dedicated to Lord Shiva, is likely to see over 10 lakh devotees, B.R. Kamal, the additional district magistrate and the pilgrimage in-charge, told IANS.

Every year, people trek to the lake in Bharmour Valley to catch a glimpse of Mount Kailash, believed to be the abode of Lord Shiva, and offer prayers.

The uphill journey, starting at around 6,000 feet in Hadsar in Chamba district, is considered as arduous as the trek to the Amarnath cave shrine in Jammu and Kashmir.

The commencing of the pilgrimage coincides with Janmashtami, the festival celebrating Lord Krishna’s birth.

“Preparations have been completed for smooth conduct of the pilgrimage that would end on Radhashtami (the birth of Lord Krishna’s consort Radha) Sep 23,” he said.

Kamal said the 14-km trek track from the Hadsar base camp, some 65 km from here, to the oval-shaped glacial-fed Manimahesh Lake, has been repaired.

“Tents and medical camps have been set up at various points to facilitate the devotees,” he said.

The state government has allowed two private heli-taxi operators to ferry people during the pilgrimage.

Even before its official start, more than 100,000 devotees undertook the pilgrimage.

It is believed that the devotees can view Mount Kailash only if the lord is pleased. When the peak is hidden behind clouds, it is a sign of the lord’s unhappiness, believers say.