India is now celebrating its 66th Independence Day but we still have a lot to accomplish, and above all, a lot of thinking to do. Britishers are long gone but some questions about their motives and outcomes of foreign rule remain without crystal clear answers to this day.

In his book ‘Raj: The Making and Unmaking of British India’ Lawrence James has 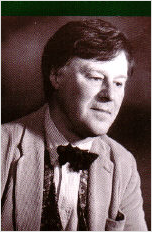 dedicated his initial chapters, to explain that the prime goal of East India Company was ‘trade not territory’, and how a series of events in the Bengal lead to the change in overall British strategy in Indian subcontinent. Like many other British historians he points out that it was necessity of securing their trade, which lead to the conquest of territories. Fragmented and ambivalent ruling class of pre-colonial India compelled them to first ensure the political stability, to later promote their commercial interests. The explanation is obviously biased, but still is a potent one.

On the contrary our historians point out that British defines the absolute evil, a force which under the veil of trade interests, wanted to grab the resource rich land of India. The war loving major general Robert Clive is quoted by many Indian historians as the epitome of British interests in India. Many of them refused to even notice the reformist works of many such British governor generals like William Bentinck, who banned sati, later to be blamed for inviting mutiny of 1857 in process.

Whether British wanted territory or trade will remain a topic of debate forever, because in ensuing period of British conquest there were so many parties with numerous and diverse set of interests involved in it, that looking at any one in isolation is impossible today. Was it the initial temptation of weak rulers of provinces to replace Afghan fighters (Who before the arrival of Britishers were the toughest fighting unit in much of North India) with Britishers ? Or was it the bitter rivalries like the one between Hyderabad and Mysore that brought British forces into the power in Southern India? Answers to these questions have been attempted with none coming out to be convincing enough to settle the debate.

The Drain of Wealth 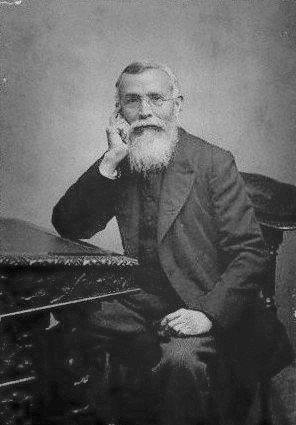 In 1901 Dada Bhai Naoroji, the grand old man of India, stirred a debate which in post colonial India will remain the strongest source of resent and anger towards the Britishers, ‘the drain of Wealth’ ( Book : Poverty and Un-British rule in India). Before Naoroji there was no serious attempt by either Britishers or Indians to understand and estimate the economic loss to Indians due to the British rule. The picture presented by Naoroji was at that time surprising to even the office holder’s of British India. But the biggest impact of this theory was felt in the alleys of London. The belief cultivated by the Crown in the minds of common Britishers, that it was an act of generosity and a huge favor to the Indians that they were ruling in India was shattered, gaining support for fledgling ‘Friends of India’ society in Britain.

In India not much was understood by masses at that time. Only some 60 years later, when education finally started reaching the masses a general consciousness to this theory was built. Patriotic movies contributed to fuel this belief further. By the mid 70s ‘drain of wealth’ became perhaps the strongest reason of anger and resentment against Britishers.

Now the question is the theory of ‘drain of wealth’ true? To understand this we have to see the development of ‘economics’ as a subject in Europe in general and Britain in particular. In the early period of their rule, which was from 1764 (the battler of Bauxar) till the 1820s, the Britishers stuck to the basic policy of buying the Indian spices and artifacts and selling processed British goods, which if, was not in favor of India was not at least as exploitative as what came next. The 19th century was a very happening period for economics; one of the foremost economists of this period was David Ricardo. Ricardo had many senior British administrators as his fans; among other theories they were quite impressed with his ‘Law of Rent’. One such fan James Mill formulated the Indian revenue policy in early 19th century, central to which was the idea that ‘British rulers own the land’. After this the British rule of India became more and more in the favor of Britishers.

One of the biggest debates regarding the colonial period is; are we better off or worse off because of the British rule? This is the most dividing of all topics on the impact of Raj, as for us Indians there are some symbols of our colonial past which are hard to be ignored (e.g. the railways). In the divided house there is an underlying belief which connects all of them; the ultimate motive of Britishers was to promote their own interests, not the development of India.

Celebrated Historian Niall Ferguson argued that British Empire has left a positive legacy by ‘spreading liberal values of free market, rule of law and democracy’. These arguments are well supported by the socio-political studies of the former British colonies and comparing them with French and Portuguese colonies. Even if we keep US and Canada out of such studies the comparison between Australia, Hong Kong, India and South Africa with the French and Portuguese colonies of Ivory Coast, Congo, Angola, Cambodia and Vietnam, we can see the differential in their social and political stability. So shall we believe that Britishers have left a positive legacy?  Skeptics of this theory point out the inherent differential in the resource and social constructs of these countries.

Stanford Professor Kenneth Schultz and Phd candidate Alexander Lee studied ‘Cameroon’ to test the hypothesis of Pax Britannica, because it was ruled in parts by Britishers and French. The results confirmed to the general inter-country observation. On all the measured social parameters the British ruled region scored over the French ruled regions.

This author believes much of this differential is because compared to French and Portuguese, Britishers in most of the cases left their colonies much more amicably and in much stable state, explaining their success in the post colonial world.

Well certainly unlike the research papers current citizens of these colonies are not that kind to either British rule or the legacy. But on the Independence Day there must be an attempt by all of us to recognize that how the modern India shaped in post 1947 world has strong imprints of its colonial past, and if today we have something positive then we should give its credit to the Britishers as much as we criticize them for our negatives.

Two separate issues must be presented in conclusion, first that united India is a gift (however sour it might be) from Britishers and second, that Mountbatten tried his level best to prevent India from dividing.