‘Srikhand Kailash’ stands at a height of 5200 meters and it is a back-breaking walk to the top. Every year thousands of pilgrims, enthusiasts, and mountain lovers embark on this arduous journey.

Some reach at the top, some give up, and some die in the treacherous terrain. It is arguably the toughest pilgrimage in Himachal Pradesh, or for that matter in the whole country.

Now imagine someone carrying the garbage from the top of the mountain just because they want to see it clean, and green. 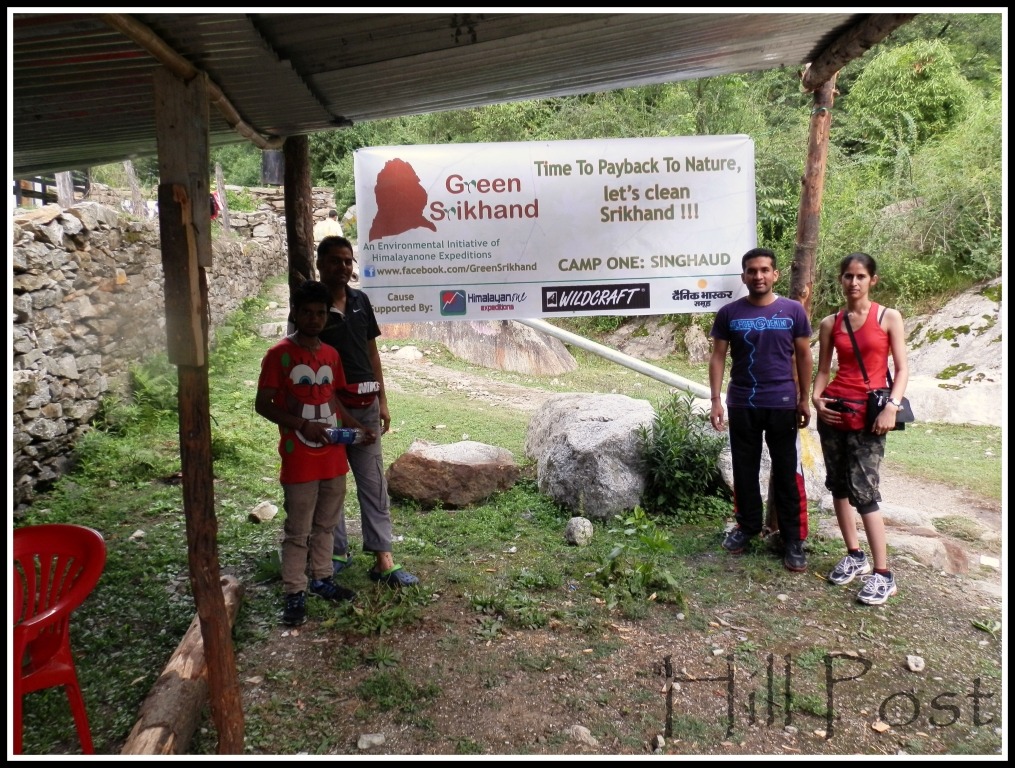 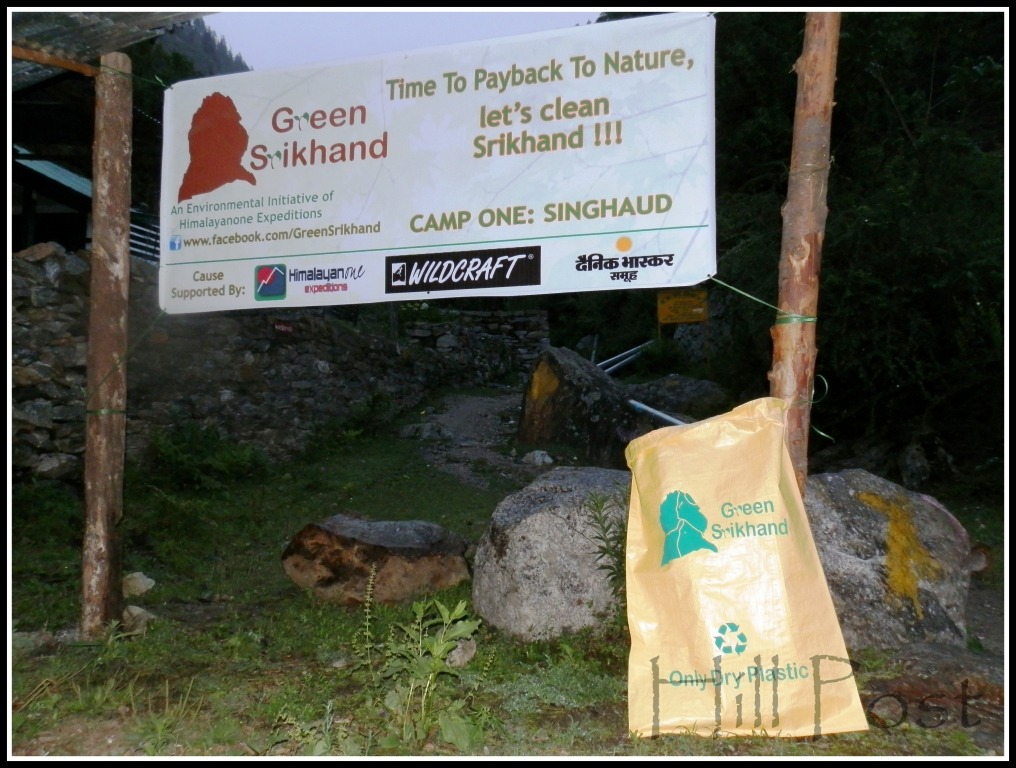 The Himalayaone Expeditions team visited Srikhand Kailash in 2011, saw waste and plastics spilled all around the path and without more  ado decided to ‘do’ something about it. They formed a community namely Green Srikhand; got few self-less volunteers on-board and embarked on their journey to make a change.

The task of finding volunteers was troublesome but worth the effort because in the end, they succeeded in forming a brilliant team, fully dedicated to bring sense and sanity into the picture.

The first thing they did was to spread awareness on the matter. They distributed plastic waste collection bags to all 85 tea shops on the way to Srikhand Kailash. They also educated them about proper use of waste bags and urged them to keep the surroundings clean during the yatra. The cause got support from 11 volunteers from Chandigarh & Kullu.

The team camped at the Bhimdwar Camp for ten days, which is situated at a height of 3800 meters, and spread the awareness among the people. Everyday announcements were made to ensure public participation in the cause. Srikhand Sewa Dal and the local administration also helped them in the cause. 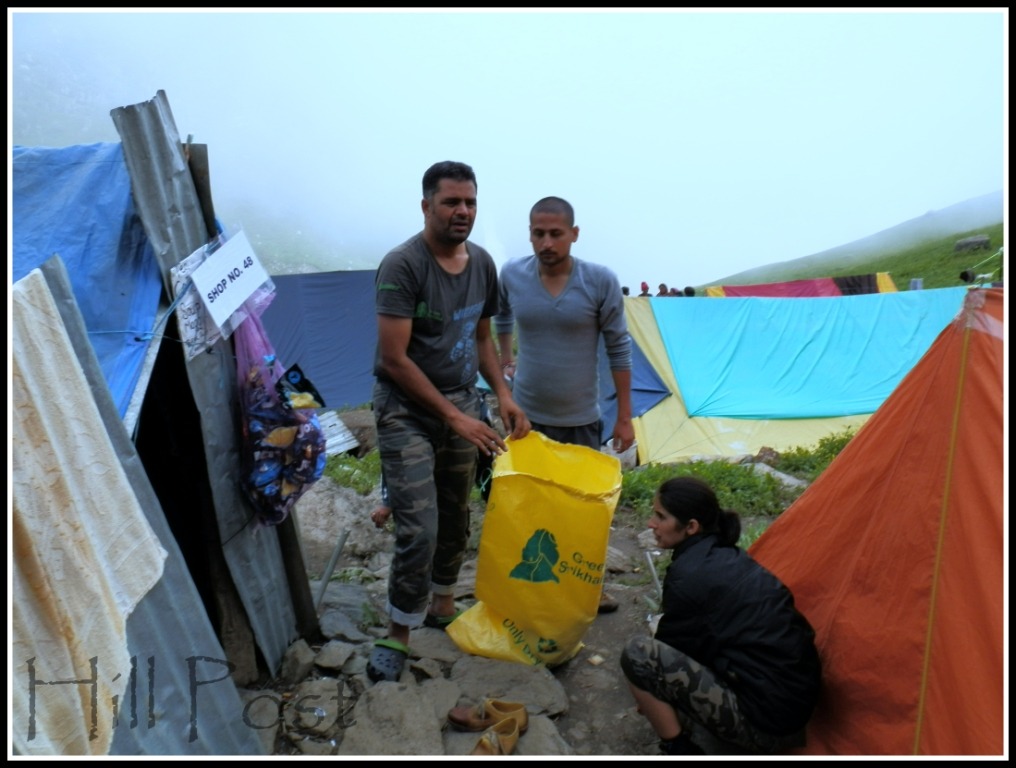 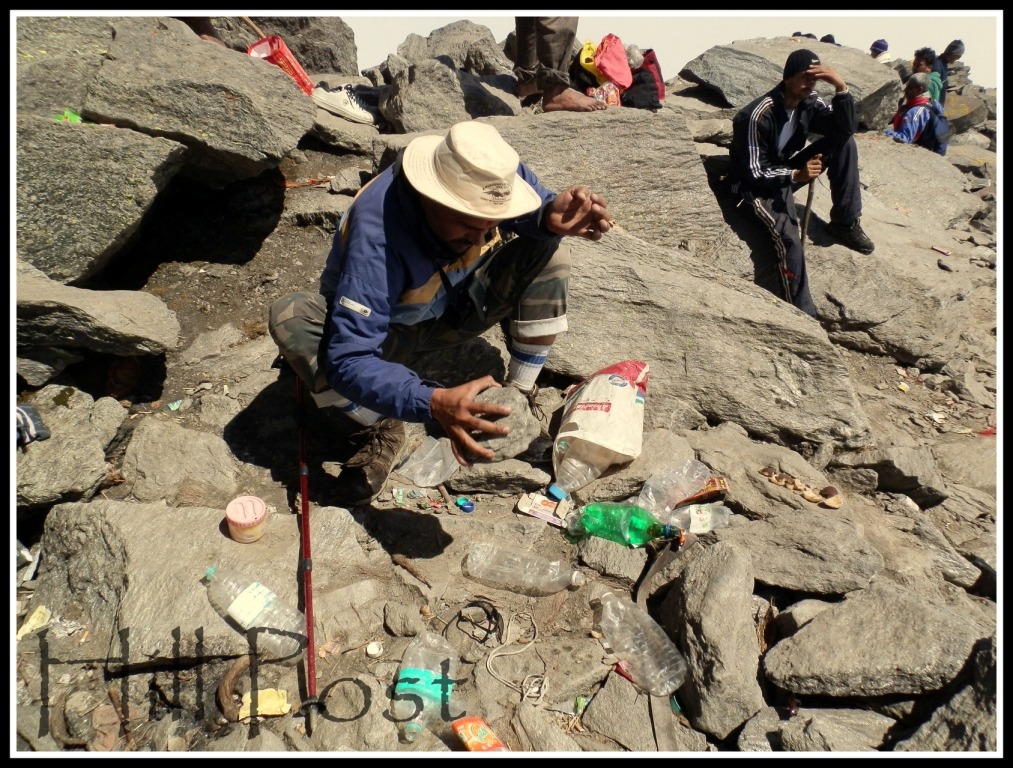 The team believes that educating people is important aspect of such campaigns rather than picking up waste. For season 2013 campaign, they have decided to distribute small handy bags among pilgrims so that they can at least carry back their own plastic waste.

They wish to educate people about the importance of taking care of our surroundings. 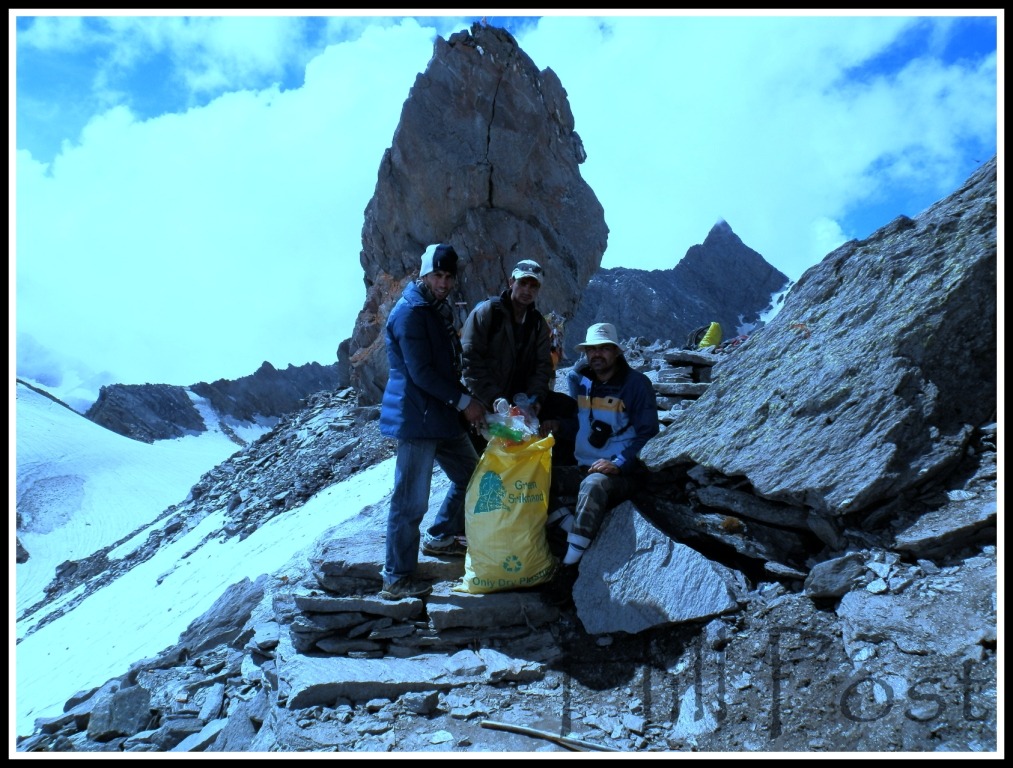 The Team Green Srikhand has taken a step that will inspire many others in the state. Not just business establishments and locals in the state but tourists as well need to understand that the Himalayas belong to everyone. Therefore, it is a shared responsibility that we all should fulfill.

The ‘pilgrimage’ to the sacred mountain peaks in the land of gods is certainly not complete without respecting the sanctity of the Himalayas.