Mumbai: Had Kishore Kumar been alive today, he would have felt pity for the current breed of songs, the legend’s son Amit Kumar said Saturday on the 83rd birth anniversary of Bollywood’s multi-faceted star.

Kishoreda, as he was fondly called, was known for his hummable, clean and melodious tunes – a far cry from some loud and thumbing beats today.

“It’s a good thing that he is not here today. He might have lost his mind listening to today’s songs,” Amit said as the family gathered to commemorate the singer on the occasion at his Juhu bungalow here, like every year.

Amit says there’s not a single day when he does not miss his dad. 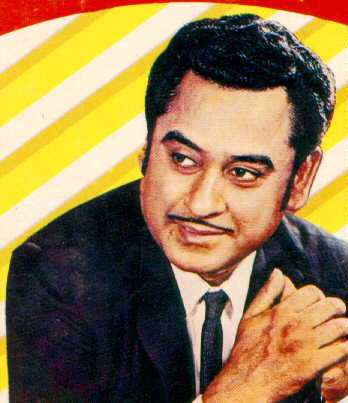 “I miss him every day. My day does not start without thinking of my father. This is what is still keeping us together. I always think of him before composing something,” he said.

Reminiscing about the days he spent with his father, Amit said: “No one can be like him.”

“He used to often say that ‘You will remember me when I am gone. And even though you will see my glimpses in others, you will never be able to find me’. I cannot even begin to tell you how proud I am to be his son,” he said.

A true legend in the film industry, Kishore Kumar was a playback singer, actor, lyricist, composer, director as well as producer. He sang some of Bollywood’s best known tracks like “Mere saamnewali khidki”, “O mere dil ke chain” and “Om shanti om”, but his son says he liked him best as an actor.

“He could do any role. He was a natural dancer. I think he was the best after Charlie Chaplin. He did everything – right from movies to stage shows to singing, and always entertained people,” said Amit.

The first film which Amit did with his father was “Door Gagan Ki Chhaon Mein”. It was produced as well as directed by Kishore Kumar in 1964.

“He made the film for me. I am not such a good actor, but he taught me everything. At that time I didn’t even know what a mike was,” said Amit, who is Kishoreda’s son with Bengali actress Ruma Guha Thakurta.