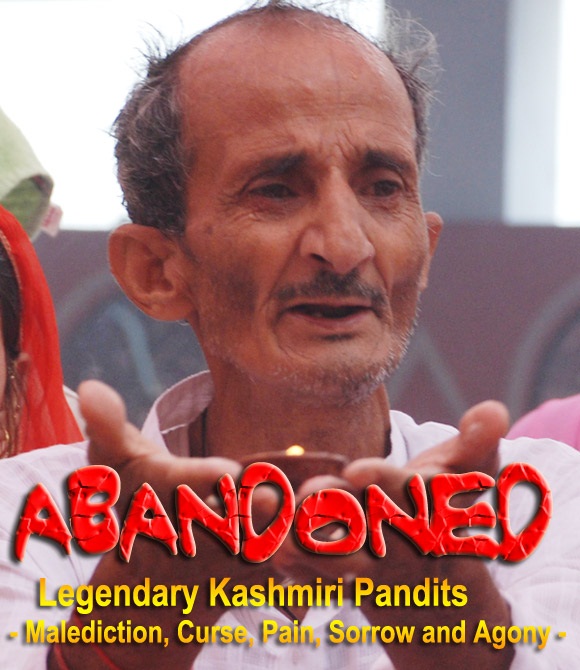 Srinagar: Kashmiri Pandit (Hindu) migrants in Jammu Friday began a hunger strike demanding a hike in the cash relief they have been getting from the government.

Kashmiri Pandits living in Jagti migrants township, on the outskirts of Jammu, began their hunger strike under the leadership of Ajay Bhat, demanding an increase in the cash relief they have been getting from the present Rs.5,000 per family per month.

The Jammu and Kashmir government had in June this year recommended that the union home ministry double the cash relief given to the Kashmiri Pandit migrants. “But we have not got any reply on the recommendation,” said state Relief and Rehabilitation Minister Raman Bhalla.

“We have approached the relief commissioner several times on the issue of giving us the promised increase in cash relief. But there is no response as yet, which has prompted us to take the path of protest,” said Ajay Bhat.

The migrants are protesting under the banner of the Kashmiri Pandit Migrants Forum.

Bhat warned that the protesters would resort to a fast-unto-death if their demand was not met.

About 350,000 Pandits migrated out of Kashmir Valley in 1990 in the wake of insurgency in the Valley. A majority of the migrants settled on the outskirts of Jammu, while some moved to other parts of the country.

The migrants have been getting Rs.5,000 per month as cash relief, along with health facilities. About 6,000 jobs have been reserved for those willing to return to the Valley. A satellite township was set up for migrants in Jagti on the outskirts of Jammu, where 4,218 flats were provided, with hospital facilities, schools, parks and community halls.

The Jammu and Kashmir government had Wednesday recommended that the union home ministry enhance cash relief for Kashmiri Pandit migrants to Rs.12,000 per month, from the present Rs.5,000.

More jobs would be created for those willing to return to the Valley. Age relaxation of three years would also be given to job seekers in Kashmir, the government has announced.