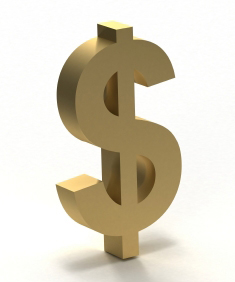 The Reserve Bank of India is believed to have sold dollars during these weeks to curb the slide in the rupee’s value.

The partially convertible rupee slumped by 25 paise against the US dollar and stood at 55.39 against a US dollar on Friday. It has weakened sharply in the last two months due to increased demands from oil importers and outflow of money by the foreign institutional investors as poor GDP growth data dampened sentiments in the Indian markets.

Foreign currency assets, the biggest component of the forex reserves kitty in the week under review fell by $263 million to $256.65 billion, according to the weekly statistical supplement released by the RBI.

The RBI in a statement said that foreign currency assets in US dollar terms included the effect of appreciation or depreciation of non-US currencies held in reserve, such as the pound sterling, euro and yen.

However, the value of gold reserves remained stagnant at $25.71 billion. Both the special drawing rights (SDRs) and reserves with the International Monetary Fund (IMF) grew in the week under review.