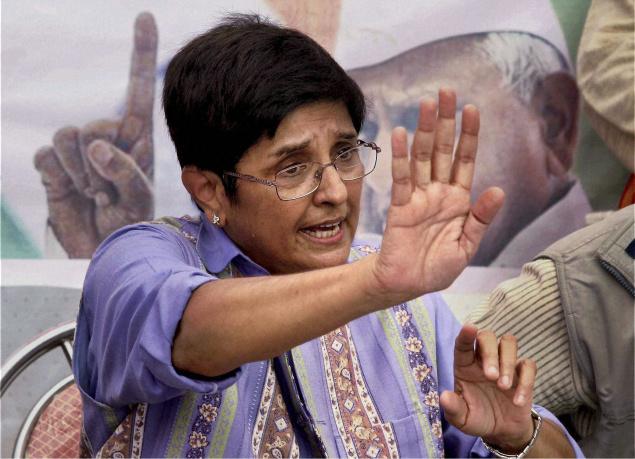 New Delhi: Kiran Bedi, a key member of the disbanded Team Anna, Monday said she wished India Against Corruption (IAC) had remained “a national movement” and asked members of the group to focus on the ruling Congress in their agitations.

Bedi, who did not participate in the Arvind Kejriwal-led protest in the national capital Sunday, setting off speculation of differences among the erstwhile Team Anna grouping, said the IAC should “focus on the political party which can give you the law”.

Bedi said she would join the next protest by IAC “only if they focus and remain non- partisan and they remain inclusive, and if they don’t paint everyone with the same brush”.

Asked if she was unhappy with the way the IAC movement was heading, Bedi told a television channel: “I certainly wish this movement had remained the way it was – as a national movement.”

In a tweet, she told a supporter that she was “only for focus of the movement to hold the party in power accountable. They alone have the power to replace the rotten system”.

Kejriwal later told journalists that Bedi had conveyed to them that she was against protesting against the BJP and wanted the movement to focus on the Congress.