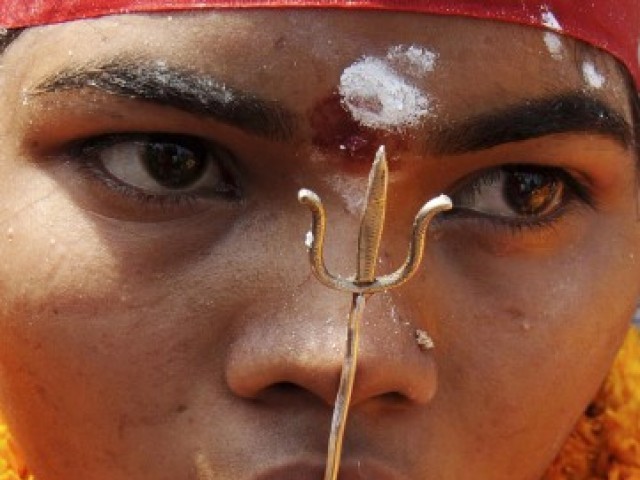 Islamabad: Hindus are not migrating to India and giving up their Pakistani citizenship, said a committee that was formed to look into reports of mass migration of the minority community. It recommended that those behind conversion of Hindu girls should be exposed regardless of their party affiliation.

“It’s in no way migration. It’s not easy to get Indian citizenship. People are settling in countries like the UAE, Canada, UK or America but they have not given up their Pakistani citizenship. They have left for greener pastures,” Dawn Monday quoted a source saying.

President Asif Ali Zardari had formed the committee after a large number of Hindus began to leave for India. Members of the community fled Sindh blaming the law and order situation and fear of forcible conversions.

The committee recommended that elements behind the forced conversion of Hindu girls be exposed regardless of their party affiliation; they happened to be from the ruling Pakistan Peoples Party (PPP) they should be denied tickets in next elections, the committee suggested.

The source said that a kidnapping case should be treated as genuine till the girl made a final statement in court.

“She must be accessible to her parents so that they could talk to her and likewise her husband should also meet her because if it appears to be a genuine case of conversion and love marriage then no power on earth can restrain the girl from expressing her free will,” he was quoted as saying.

The committee recommends that the girl should be kept at a neutral place until she appeared in court.

“We need to end the sense of alienation among Hindus who are responsible citizens of the state like Muslims and, therefore, they shouldn’t be discriminated against for any reason…they pay taxes and abide by the law… still they feel discrimination when they raise voice on such issues,” said the source quoting committee members’ observation.