Records highest generation in a month

Shimla: Power crisis looming large over of North India that resulted in two major blackouts and collapse of three major grids notwithstanding, the 1500 MW Nathpa Jhakri hydropower plant not only recorded the highest generation in the month in July but played a critical part is reviving the grid at a short notice to restore transmission during the outages. 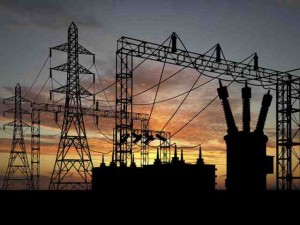 When the northern grid failed on July 29 – 31, the Jhakri plant was critical in black start, a process that pumps power into the grid at a time when all plants have shut down, to revive transmission across the region, said RK Bansal, the plant incharge.

The 1500 MW Jhakri plant which is India’s biggest hydropower plant not only is able to start generation much earlier than any thermal plant but the generation is also large enough to support the grid for a time till generation from other stations gets into the grid and stabilizes transmission.

Whereas the regions is facing power shortages, the plant operated by SJVN the public sector power generation company recorded highest generation in a month in July.

Previously the highest generation of 1151 million units (MUs) in a month at the plant was recorded in August, 2011 but last month the station beat that by generating 1186 MU, said Arun Singh, SJVN spokesman at Jhakri plant.

Besides, by generating 39.015 MU on July 27, it was the highest generation ever recorded on any one day at the plant, he added.

Against an annual target of 7000 MU, the plant has already generated 3305 MU and with the turbines working at a 108% of the plant availability factor in the current financial year.

However, due to less water discharge in the Satluj River catchment, generation in the first quarter at the plant was 21 percent less than the previous year in the corresponding period.