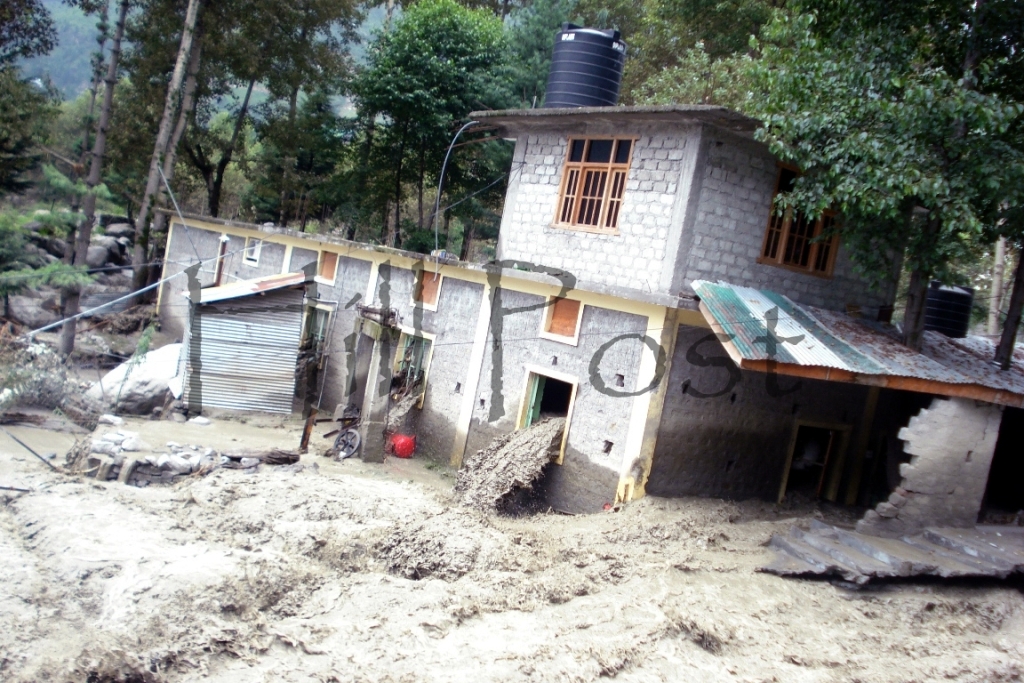 Manali: Two bridges and a few electricity poles were washed away in flashfloods triggered by a cloudburst at Sari Nalah near the Solang Nalah area, 13 Kms from Manali town on Friday night. Fearing floods, residents of five villages located downstream were moved to a safer place.

“No casualty has been reported yet in the incident that took place at about 9.30pm last night”, Balbir Thakur, SDM Manali said over phone. He added that no casualty was reported so far. Meanwhile, local police, Border Road Organization personnel, and a team of the Snow and Avalanche Study Establishment have reached the spot to take stock of the situation.

Colonel Yogesh Nayar, Commander 38BRO, said that ten vehicles of BRO and a D class doze was washed away by flood. He also said that a portion of National Highway near Palchan was also damaged leaving the tourists on the MANALI – Leh highway stranded. The road between Dhindi and Manali has been damaged at five places. He disclosed that property of BRO worth 15 crores has been damaged.

According to reliable sources N.H-21 between Kullu – Manali was also damaged at different locations. The stone crushers and mineral water factory was also damage near Nehru Kund

DC, Kullu Amitabh Awasthi said that the vehicular traffic on Manali – Rohtang road is shut down for two days for maintenance of the damaged road. He added that the loss of property was estimated in crores.

Govind Thakur, the local MLA also reached the spot and ordered for immediate relief to the affected families.