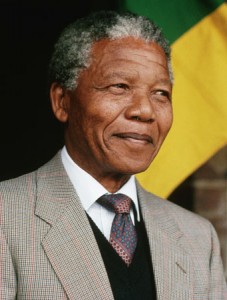 Johannesburg: Five more people of a white supremacist group were found guilty of conspiring to murder former president Nelson Mandela, bringing to 19 the total number of culprits convicted in the case, a court ruled.

The five — Herman van Rooyen, Rudi Gouws, and brothers Johan, Kobus, and Wilhelm Pretorius — belong to a white supremacist group known as the Boeremag which means “Boer Force” in Afrikaans.

Judge Eben Jordaan of the the North Gauteng High Court Friday said the five were found guilty of attempting to murder Mandela, the first black president in the country, with a home-made bomb in October 2002. They were among 20 men facing charges ranging from murder to terrorism and high treason.

Boeremag masterminded a series of bombings, which shook the Johannesburg township of Soweto in October 2002. The bombings were part of a coup plot which included an attempt to assassinate Mandela.

The culprits allegedly plotted to create chaos by trying to kill Mandela and cutting the power to large parts of the country. These actions would have served as a “trigger” to set in motion the coup plan designed to overthrow the government led by the African National Congress (ANC).