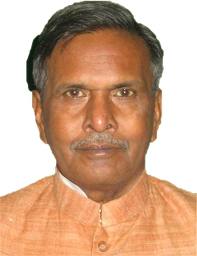 New Delhi: Yet drawing flak for his remark that he was “happy” with price-rise as it was beneficial for farmers, union Steel Minister Beni Prasad Verma Monday batted for foreign equity in retail, terming it the only way to enhance farmers’ income and safeguard the consumers.

“FDI (in retail) is the only way to improve farmers’ income, save the consumers from price-rise and eliminate the middlemen,” Verma told reporters in Uttar Pradesh’s Barabanki town, 30 km from Lucknow.

Highlighting the plight of farmers, he said half of them did not have household toilets and were not in a position to send their children to school as the high cost of production was hitting them.

“Nobody talks about the farmers’ plight…the UPA government waved off their farm loans worth Rs.70,000 crore (in 2008). The country will not become strong till the lot of the farmers is improved,” he said.

Verma downplayed apprehensions that foreign direct investments (FDI) in retail would affect the livelihood of millions of mom and pop grocery stores across the country.

The opposition pounced on his remark, accusing the government of being insensitive to farmers’ plight and a part of the “mehengai mafia” (price-rise mafia).

The minister made the initial remark while talking to reporters on the sidelines of a function in Barabanki Sunday.

Asked to comment on price-rise, Verma said the government was taking steps to tackle it, but he was happy with the rising prices of food items as it was beneficial to farmers.

“With the increasing levels of price, the farmers are benefitting. Dal, atta and vegetables have all become expensive. I am happy with this mehengai. The more the prices rise the better it is for farmers,” he said.

His remark immediately attracted criticism from the Bharatiya Janata Party (BJP) and the Janata Dal-United (JD-U).

BJP leader Shahnawaz Hussain said in New Delhi that though the government said it stood for the common man, the minister’s remark showed it had actually moved far away from the people.

In Ahmedabad, BJP leader Arun Jaitley said that inflation had affected everyone in India, including farmers.

He said the input costs of farming, like prices of fertilizer, pesticide and diesel, had gone up.

“In the last few years, there have been many suicides by farmers due to debt, rising input costs, poor produce…the person who made the statement is obviously not aware of these facts,” Jaitley said.

“The farmer also buys clothes, utensils and commodities like others, and participates in social functions, like marriages,” he added.

Congress leader and Law and Justice Minister Salman Khurshid was at pains trying to explain his colleague’s apparent gaffe.

“I think it is a matter to understand that if the farmer is getting more money for his produce, then the prices will also rise in the market,” he said.

This is not the first time Verma has caused controversy with his remarks.

In February, he had said that by the 2014 elections Prime Minister Manmohan Singh would be “old” to work.

“He (the PM) is already 80 years old. In 2014, when the next Lok Sabha elections are to take place, he will be 82. There is a limit to keep on working,” he had said in response to a question about when Rahul Gandhi would become the prime minister.