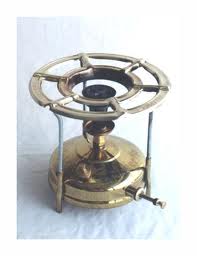 New Delhi: Delhi is set to become the first kerosene-free city with the government launching a scheme Tuesday under which 350,000 families using kerosene oil will get a liquefied petroleum gas (LPG) cylinder and a cooking stove for free.

The ‘Kerosene-free Delhi’ scheme was announced by Delhi Chief Minister Sheila Dikshit in her budget speech, as subsidised kerosene was not reaching the intended beneficiaries and often ended up in the black market.

Under the scheme, the Delhi government will provide each of the 3,56,395 families, which are getting subsidised kerosene, a filled LPG cylinder, regulator, an ISI-marked gas stove with two burners and a rubber tube.

“There are in all 3,56,395 families using kerosene oil for cooking. The shift from kerosene to LPG will eliminate ongoing black marketing,” a Delhi government official said.

Dikshit will launch the scheme Tuesday will distribute the cylinders and stoves to some of the beneficiaries.

All the families covered under Below Poverty Line (BPL), Antyodaya Anna Yojna (AAY) and Jhuggi Ration Card (JRC) schemes will benefit from the move.