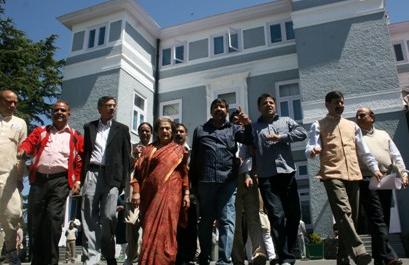 Shimla: Having drawn flak for canceling a protest rally that was announced for the opening day of monsoon session, Congress now intends to hold a protest demonstration over corruption under BJP government before the Vidhan Sabha on Wednesday.

Having taken charge as the new Pradesh Congress Committee president Virbhadra Singh is scheduled to reach the state capital and head straight for the protest rally.

“All senior congress leaders will participate to ‘gherao’ the Vidhan Sabha on Wednesday, said Anees Ahmad. Workers would assembly at AG office and would walk the distance to Vidhan Sabha gate to register the protest, he added.

With elections around the corner, the newly recognized political party Him Lok Morcha along with other third front parties consisting of CPI(M) and CPI  also plan to hold a protest demonstration outside the Vidhan Sabha on Wednesday.