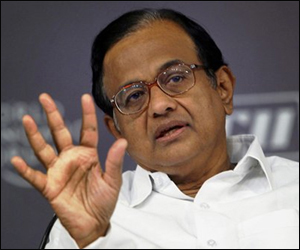 “The CCEA will examine the issues affecting each sector (of infrastructure) and take decisions that will lead to quantitative growth in these sectors.”

Chidambaram was briefing the media for the first time after taking charge of the finance ministry, and two days before parliament reconvenes for its monsoon session.

“Some sectors are under stress, for example, petroleum, electricity and textiles. We intend to find practical solutions to the problems that impede higher production or output in coal, mining, petroleum, power, road transport, railway and port sectors,” Chidambaram said.

The finance minister’s statement is significant, coming as it does within a week of India’s worst blackout which left over 600 million people without power.

The crisis revealed evidence of deep problems in the sector ranging from power generation to distribution.

The problem of states overdrawing electricity from the national transmission grid has been compounded by scanty rainfall which has driven up demand, as farmers turn on electric pumps for irrigation.

The deeper problem, however, stems from decades of subsidised pricing and inefficiency that have pushed losses at state utilities to an estimated $10 billion in the last fiscal, according to the Planning Commission.

Losses from theft aside, the state utilities are losing increasing amounts on every unit of electricity sold because tariffs set by regulators have not kept pace with rising costs.

The coal sector, which accounts for more than half of supplies to India’s thermal electricity units, illustrates problems plaguing infrastructure.

Efforts by Coal India, which has near monopoly on coal mining, to boost supply have not yielded results. Problems over land acquisition have made it difficult to open new mines.