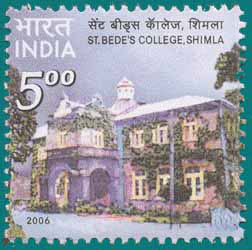 Shimla: The entire teaching and administrative faculty of St. Bede’s, the country’s oldest all-women college in the Himachal Pradesh capital, have gone on strike over reduction in their provident fund (PF) by college authorities.

This is unprecedented in the 108-year-old history of the college that all the staff have struck work.

Calling the decision of the college management to drastically reduce their provident fund “unjustified”, teachers said they would protest the move tooth and nail.

He added that the entire teaching and non-teaching staff have been on strike since May 9.

St. Bede’s, which is imparting quality education since 1904 and boasts of alumni like actress Preity Zinta and late model and beauty queen Persis Khambatta, has 850 students, including 100 boarders.

“The employees have been paid PF in their salary for June as per the central government’s notification of 2008. In all these years (after the notification), we had been paying them the enhanced PF,” said Sister Rose, a former principal and currently provincial, North of the Jesus and Mary Congregation.

“This is not financially viable to pay extra amount to the staff, as it is costing the college Rs.35 lakh per annum extra,” she added.

St. Bede’s was in trouble in 2009 when the state government had reduced the grant-in-aid to the college from 95 percent to 50 percent.

Later, when the college authorities raised hue and cry and threatened to close the college, the government restored the grants.