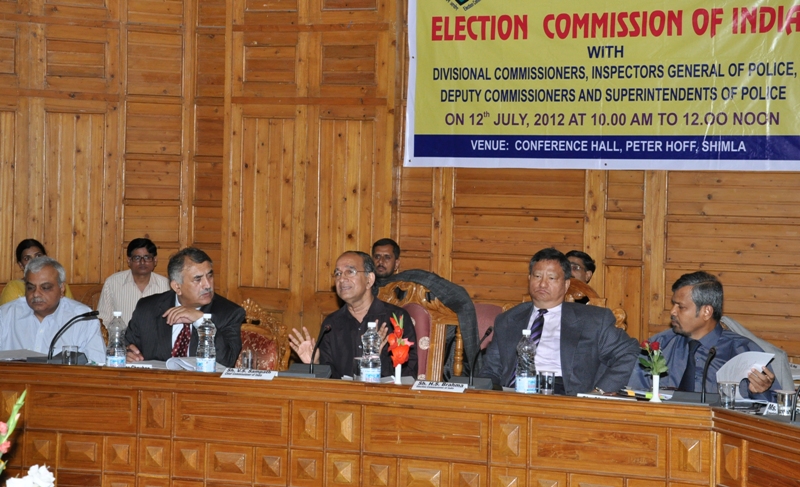 Shimla: Though dates for the assembly elections in Himachal Pradesh are yet to be announced, the Election Commission Thursday said it is keeping a close tab on the government’s actions and the conduct of its officials.

“Even before the model code of conduct comes into force, the Election Commission generally keeps watch on actions of the government and its officers ahead of the polls,” Chief Election Commissioner V.S. Sampath told reporters here.

He was replying to a query about the allegations of the opposition Congress party that the government might announce some populist policies and measures that can influence the voters ahead of the polls.

Sampath was visiting here along with a high-level team, including Election Commissioner H.S. Brahma, to take stock of the situation ahead of the assembly polls, slated for later this year.

He said the commission would take steps to curb the menace of money power and paid news in the ensuing polls.

“We met five political parties and they have given suggestions over the timings of the election. We will keep in mind the festive season and the weather conditions (onset of winter season), as per their suggestions, before finalising the poll dates,” he said.

Sampath said the political parties sought that the elections should not clash with Dasshera and Diwali festivals, falling in October and November respectively.

For monitoring the election-related expenditure of candidates and political parties, the chief election commissioner said meetings were held with the income tax department. “This will also help arresting the use of money power in the elections.”

The chief election commissioner said the commission was satisfied with the preparedness of the state for the elections.

“Himachal Pradesh is one of the few states to reach 100 percent in photo electoral rolls and EPIC (election photo identity cards),” he said.