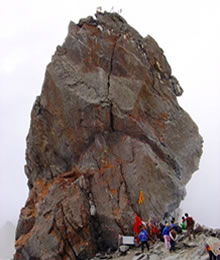 Rampur: The Shrikhand Mahadev pilgrimage, considered tougher than the journey to the Amarnath cave shrine in Kashmir, has started in Himachal Pradesh, an official said Sunday.

The first batch of over 2,000 devotees had left Jaon village, the base camp around 32 km from here, Shravan Kumar Manta, an official in charge of the pilgrimage said.

The pilgrims scale the 17,600-feet Shrikhand Mahadev peak in Kullu district to pay obeisance to a giant natural rock resembling to a Shiva Lingam.

The pilgrimage would officially continue till July 25 and the authorities expect the arrival of over 20,000 pilgrims this time. 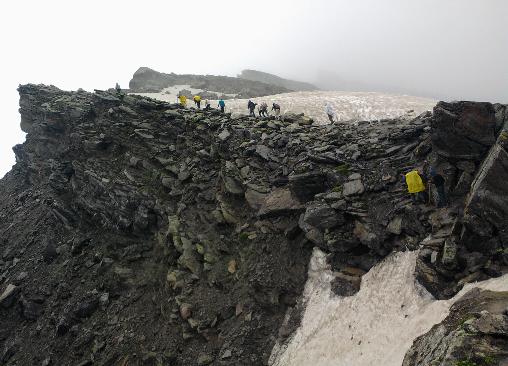 “An eight-member rescue team has been positioned along the route to handle any emergency,” Manta said.

Devotees believe that Lord Shiva meditated in Shrikhand and the Pandvas too had trekked to the peak.

The 30-km one-way journey on foot starts from Jaon, some 150 km from state capital Shimla.

After passing through rugged, cold and inhospitable terrain, it concludes at Shrikhand Mahadev peak, where the devotees pay obeisance to 72-foot tall lingam.