Dharamsala: As a tradition Tibetan Buddhists are not known for marking birthdays but thousands had converged here today to celebrate the 77th birthday of His Holiness, The Dalai Lama, high priest and spiritual leader of the Tibetan people.

Speaking on the occasion, the noble peace prize winner Dalai Lama said, “”I would like to thank all here who have attended my birthday and have wished me well on this day. Everyone considers birthdays as very important events, but as Tibetans, we usually don’t regard birthdays as highly as others, traditionally”. 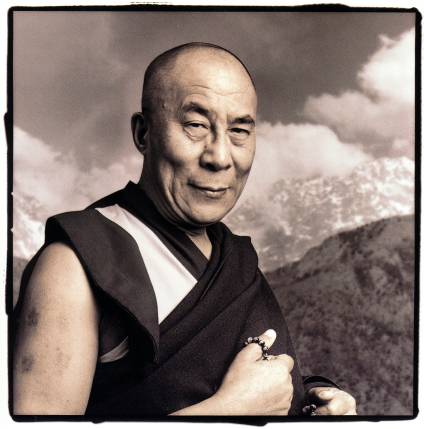 He added,”If we start regarding birthday’s as important, then every day when we get up in the morning should also be considered like a birthday. In a given day each day is important and one should try and help other people, but if unable to then at least one should not hurt others.”

“Every day I promise myself to treat others in this way. If I can get up each day and help and not hurt others, this is good. My life is spent like this and today I am 77 years old,” he said.

Reflecting on a childhood spent in Lhasa, Dalai Lama said, “as a child I was naughty and very lazy – too lazy to study and usually like to play.”

“When I reflect on these things, I consider there is nothing special about me for I am just one of 6 or 7 billion people in this world,” he added.

“All the political power that I wielded has been handed over and now I’m totally retired from this role. I would like to thank those who continue to work hard with the Tibetan government. I hope they continue to do so as before, said Dalia Lama.

Traditional Tibetan dances were held after the morning prayers held at the Tsuglagkhang Temple, near the residence of the spiritual leader.

With the of Dalai Lama at the main temple, the Tibetan national flag was hoisted by Tibetan prime minister Kalon Tripa Lobsang Sangay amidst singing of both the Tibetan and Indian national anthems.