Shimla: Land sales permitted by the BJP government would be a major election issued that Congress intends to raise in the campaign days ahead, Birender Chaudhary party general secretary and incharge for Himachal disclosed here today. 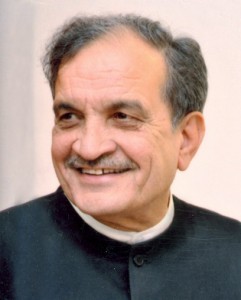 Talking to media persons he said that land scams were a major issue figuring in the charge sheet and Himachal for Sale issue had been raised by all important state party leaders in the Vidhan Sabha and outside.

It would definitely be an important election issue that we will raise. On Congress coming to power, justice will be done. All corruption case would be investigated and lands involved in the scam, be it with corporate houses or with the private universities, would be taken over,” declared Chaudhary.

Disowning a charge sheet said to have been prepared by the Congress party against the incumbent BJP government but that released to the media by Satpal Satti, the BJP state president, Chaudhary said, “it was only a concocted document with which ruling party attempted to discredit the opposition.”

The Congress has not prepared a charge sheet yet, he said. The charge sheet was in advanced stage of preparation, and before presenting it to the president of the country, the document would be legally vetted by All India Congress Committee (AICC).

Fraught with factionalism, the Congress general secretary put up a brave face and held out that unity in the party will be ensured at all costs and indiscipline by anybody, who it may be, would not be tolerated.

He said that leaders after keeping the Pradesh Congress Committee (PCC) informed about their protest campaigns against the state government could go ahead and hold them in coordination with the state party unit.

The party incharge was alluding to a planned Padyatra (protest march) by senior leader GS Bali.

In response to a media report that union minister Virbhadra Singh had withdrawn his name from the committee formed to prepare the party manifesto, Chaudhary said, “it was only a media story for Virbhadra had neither informed him nor the PCC about it.”

Chaudhary dismissed the loss in the recent MC elections to a 26 year incumbency of heading the civic body. However he quickly added, “a local civic body election cannot be considered to be an indicator of the voters mood in the state and party was geared to wrest power from BJP in the state.”