Shimla: Stalled because of heavy environmental and rehabilitation costs involved, the very viability of the Renuka Dam project is under question as parched Delhi cries for more water and a high level meeting, scheduled for next week, takes stock of the project. 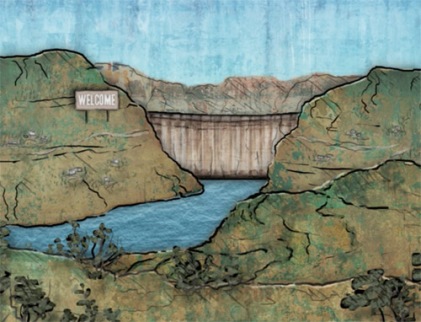 “Ministry of Forest and Environment (MoEF) has put the loss to environment and rehabilitation costs of people likely to be displace by the Renuka Dam project at Rs 1500 crore,” says Sudripta Roy, chief secretary of Himachal.

“We, (the chief secretaries of Himachal Pradesh, Uttarakhand and Delhi) are scheduled to meet on July 5 to take stock of stalled project,” Roy disclosed while talking to Hill Post.

“After MoEF has put a cost to the losses to be borne by the host state Himachal, we will only insist at the meeting that the amount be paid before the project takes off,” he said.

Even though considered vital for meeting current and future water needs of Delhi, but the MoEF ministry in October 2010 refused to give the controversial dam project a forest clearance, when the case for allowing submergence or cutting down of 1.77 lakh trees came up before it.

The Renuka project has been declared a national project with the current estimated costs of Rs 3600 Cr to be borne by the union government and Himachal Pradesh Power Corporation Ltd (HPPCL), the state company tasked with executing the job, has already received Rs 240 crores for getting work started on the ground.

Other than over 750 families likely to be displaced by the dam reservoir, a substantial part (49 hectares) of Renuka Wildlife Sanctuary are expected to be submerged by the back waters of the dam.

An Memorandum of Understanding for utilization of waters from upper Yamuna basin was signed between the governments of Himachal Pradesh, Delhi, Haryana, Uttar Pradesh and Rajasthan on May 12, 1994.

A detailed project report of the project states that the project was first conceived in the early 1960s.