Dehradun : It will be nearing two months that the Congress government headed by Vijay Bahuguna will have been in power. But perhaps a Congress MLA best described the functioning of the government in its short tenure.

Kunwar Pranav Singh Champion, MLA from Khanpur in Roorkee district is reported to have said that the government is in ICU (intensive care unit) and surviving on borrowed oxygen (support). When it comes out of the ICU development works will start, he added. 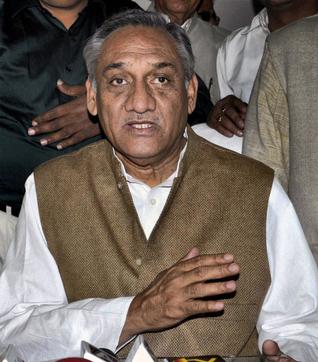 Added to this the fact that three party legislators did not attend the function of chief minister Vijay Bahuguna at Pithoragarh on Wednesday is an indication that all is not well within the Congress in the state. Even some of the ministers are not happy with their portfolios and are reluctantly continuing.

Minister of youth affairs Dinesh Aggarwal told a handful of persons, including Congress MLA from Gangotri, Vijay Pal, that he had been given a portfolio in which all he had to do was blow the trumpet.

Obviously he is not happy with his present portfolio for reason best known to him. So is the case with other ministers In between one can just presume the quantum and quality of work that they must be doing.

The chief minister himself seems to be in a bind and is on an announcement spree, hoping against hope that it will keep the ‘aam aadmi’ optimistic that things will improve for the better.

But will they is what the man on the street seems to be asking for the affairs of the state have only gone worse.

Only recently the senior most IAS officer of the state Ajay Joshi sent a letter to the chief minister requesting that he (Joshi) be repatriated to Uttar Pradesh.

Obviosuly it has been enough embarrassment for the senior most IAS officer, who has been sidelined twice from being made the chief secretary of the state.

Things are in turmoil as the left hand does not know what the right is doing.

Senior officers are being transferred almost every day despite the fact that there are problems plaguing the state in almost every important sphere. But apparently there is no one to stem the rot.

A Congressman on conditions of anonymity claimed that this was because of the fact that the chief minister himself was caught in a binge.

“Vijay Bahguguna does not know whether any MLA will resign from his seat to pave way for the chief minister to contest the elections. He is not a member of the Vidhan Sabha and has to be elected by mid September to remain chief minister”, he claimed.

He said that first it was not clear which MLA will resign, if at all, and even if on the diktats of the Congress high command an MLA resigns, it is not sure whether Bahuguna will win.

There is the Harish Rawat factor that is baying for his blood on one side and the sympathy factor for former chief minister B C Khanduri of the BJP on the other, which will make things very hard if not impossible, he contended.