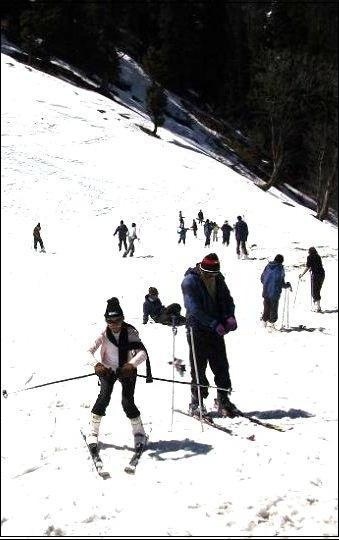 No one needs Newton’s intelligence to guess the hidden agenda of Friday evening’s emergency meeting. As usual, the discussion will eventually lead to count on mules interested to work on weekends. Between the devil and the deep blue sea (spoil appraisal or get axed), it’s always wiser to agree to work, with your conditions applied. Unlike everyone, my condition was the approval of a long vacation, once I’m through with post live project test report. Every such passing weekend reinforced my entitlement for a long vacation.

At last, working like hell came to an end. Before the next project rings a bell, it’s time to avail special privileges. At the end of March, what else is a better way to say goodbye to winters than to go for skiing. 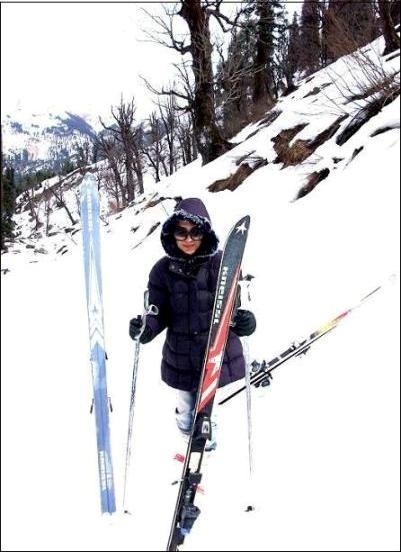 Skiing excursion, a long delayed wish, was finally going to become a reality. Between wish and to make it happen, took quite long, but it did happen at last. In flashback, flipping through family photo albums, I was always in awe while seeing Dad’s adventure sports photographs. Having grown up looking at those photographs, I subconsciously developed interest in adventure sports. While packing my skiing dreams, all I thought about was ABV Mountaineering Institute, Manali.

After covering a distance of 284 KMs, I was on cloud nine when I reached the Institute. The place is close to my heart in many ways. (1) Western Himalayan Mountaineering Institute, as called lately, was founded by my grandfather’s cousin Mr. Harnam Thakur. (2) My father worked there for short duration. (3) We lived there till I was 4 years old. (4) It is the birthplace of my sister, who herself is an advanced Mountaineering Certified Mountaineer. And last, but not the least, like millions; I’m greatly spellbound by the beauty of magical Manali. 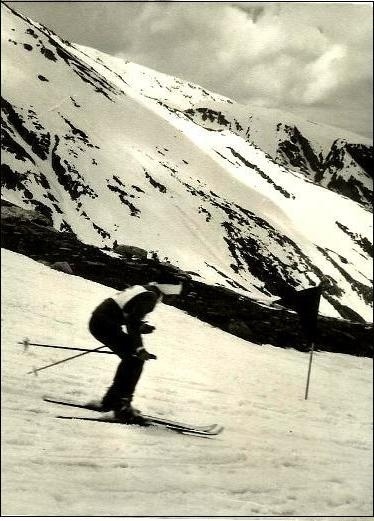 Mom and Dad never missed any chance to exchange long conversations about the Institute, so visiting it after a gap of nearly two decades didn’t make me feel like a stranger to the place. Due to delayed project report, I reached the institute a day later than the schedule. I missed the first introductory class, which didn’t have practical ski lessons. Wandering around the institute, I reached a museum that displayed photographs of many of the world’s top notch adventure sports persons who were trained at the institute. Among them I found the photographs of Mr. Harnam Thakur and my Dad. It was simply a moment of proud to see Mr. Harnam Thakur’s and Dad’s old pictures in the museum. It felt the same as Suri Cruise would have felt looking at her father’s (Tom Cruise) wax statue at Madam Tussaud’s.

The very next day we trekked to Solan Nalah, which is at higher altitude, in the vicinity of snow capped mountains, an ideal place for ski enthusiasts. Beas flowing in neck of the woods, green pastures all around, locals in Pattu (traditional Himachali dress) was a sight to see.

After lunch, our ski instructors briefed us about our first ski lesson on ski boards. Sliding through snow on snowboards always seemed a child’s play until we actually tried it. Chucking heebie-jeebies in a straight back and bending knees position, we hauled downwards. Toddling downwards, we could not balance ourselves; consequently, all of us fell badly. Again, we climbed the hill and skidded downwards, which we repeated till nightfall. The silence of the mountains was wrecked by hordes of screams, sounds of falling down and laughing at each other. The output of first ski lesson was, worn out knees, bruises all around, drained energy and electrifying experience of snowboarding, which is surely NOT A CHILD’s PLAY. 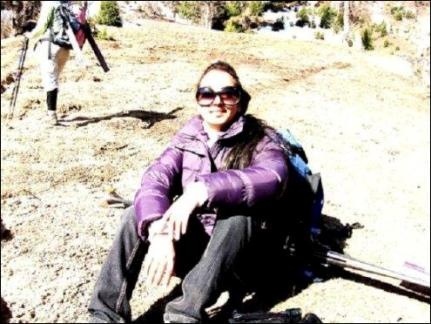 Progressing with our ski lessons, which used to start early morning, we became eligible for ski equipment. In teeth chattering chill, and with the responsibility of expensive ski equipment, we trekked to higher altitude for long-run skiing. Trekking alone was difficult, and carrying heavy ski equipment made it even more complicated, especially the heavy snow boots. Oh God! How much I missed elevators, or even escalators for that matter. Two hours long and arduous trek ended in thick snow clad mountains. Undoubtedly, s-(no)-w-e-e-t is the fruit of hard work.

Ready in our ski apparels, gulping snacks in a jiffy, we stood dumbstruck. Like superheroes, our three ski instructors were falling down. Wow! Lo and behold! Supermen, Spiderman, Snowmen…all were in front of us. Various ski techniques – snow plough, stopping, getting up, stem turns, traversing, parallel turns, skiing moguls, ski jumps, spread eagle – were a piece of cake for them. 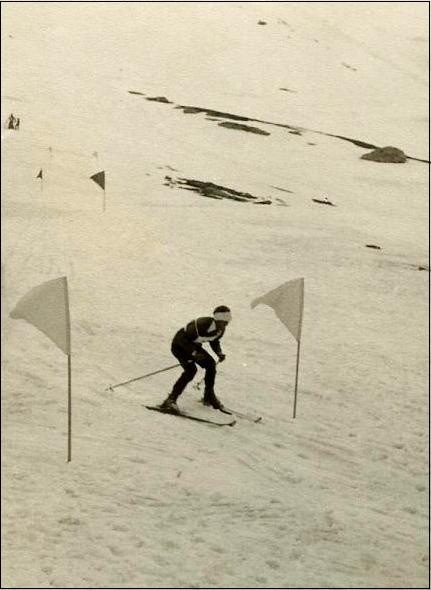 Our practice mainly focused on sliding down and snow plough. Sliding with ease, while controlling our speed by trying snow plough, was fun. Major heck was to climb up hill several times, wearing heavy snow boots and carrying skis. When snow started melting, we returned to ski school hostel, advertent of ground water under snow. Good news, after half day’s hard work, we didn’t need to carry ski equipment downwards. Rigidly following Institute’s motto, ‘Leave No Trace’, getting down was the easiest bit. Tanned like over burnt cookies, we were glad the cooks back at ski school recognized us, and didn’t deny serving meal.

After the evening briefing, we roamed in the aesthetically pleasing Solang valley. Mouth watering momos ebbed away the thoughts of home cooked food. Back at the institute, preparations started in full swing for upcoming cultural night. Campfire dancing under starry sky was the best way to ditch cold. Our wild dances must have made the animals in vicinity wonder, WHO LET THE DOGS OUT.

Going with the momentum, for next many days our routine remained same, where each day came with gradual improvement in ski learning. Momos became an addiction. On the cultural night, ski mates from all over India performed wonderful Indian dances. An American co-skier got a taste of Indian dance, who herself was hesitant to perform ballet because of sexual connotations. I’m sure; on her Indian exploration she is yet to visit khajiharo.

We were ON TOP OF THE WORLD; at last we learnt basic ski techniques. We got a chance to explore Solang valley, and making new friends was an added advantage. Skiing requires a certain level of strength, endurance, flexibility, balance and coordination in order to perform well. Ground Reality! No novice skier can become Reena K. Dharmshaktu by attending ten days or two weeks ski class. In such a short span, one thing you can definitely learn is to conquer the fear of falling

Back at salt mines, just about to leave home, I again get a call for Friday Emergency Evening meeting.

Did I ever mention though, if conditions accepted, Hidden agenda of Friday Emergency Meetings DO NOT SUCK 🙂.