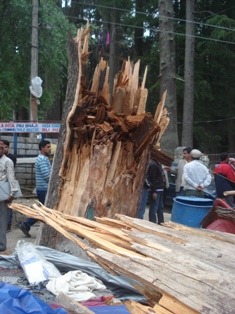 Manali: In a freak accident, one person died and 5 others got away with injuries when a sudden wind storm caused a deodar tree, hollow in the middle to break and fall on makeshift shops at Dhungri, near Hadimba temple at Manali.

According to eyewitnesses, at about 3p.m. the sudden wind gust uprooted the about 250 feet tall deodar tree, killing Atam Prakash (48) who was a resident of Panipat, Haryana. 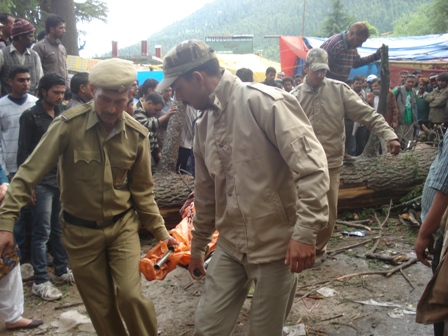 Ashish was seriously injured that others were admitted to Local Lady Wellington Hospital and given first aid.