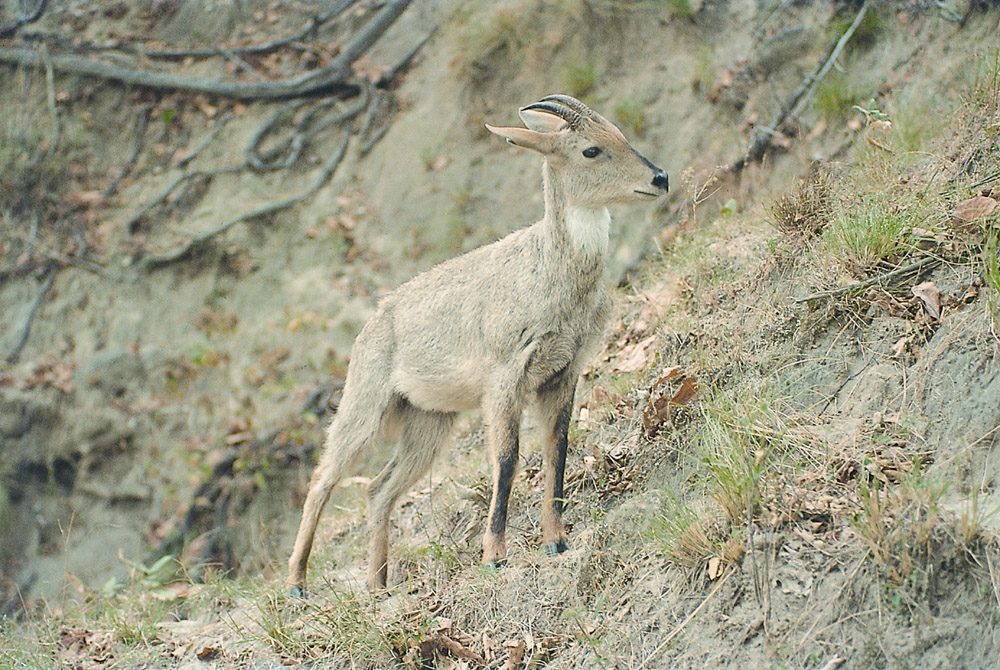 A male goral at the Rajaji National Park

Dehradun: They have populated the Himalayan forests of Uttarakhand for centuries. One, a goat-antelope that is elusive, shy and retreating. The other, a species of small deer whose alarm call resounds in the forests, warning jungle folk about a lurking carnivore like a tiger or a leopard.

But the goral and muntjac, or barking deer (‘kakkar’ in Hindi), are dwindling rapidly, right in the pristine habitats they once inhabited.

Noted conservationist A.J.T. Johnsingh found to his dismay that this was so when he recently retraced the footsteps of legendary huntsman Jim Corbett in Kumaon.

While driving 760 km across the mountains (from Rishikesh, Gwaldham, Almora to Kaladhungi), all of which have excellent goral and muntjac habitats, he was greatly disappointed at not being able to see a single animal of either of the species.

“I know about the two species and have knowledge about them. In a potential habitat, if these species are not seen then something is wrong. With common sense you can come to the right conclusion,” said Johnsingh.

“I remember travelling from Delhi to Dehradun in 1988. On a rainy day, I spotted at least 15 goral on the road. You hardly find the same numbers if you drive on the same road today,” he said.

He feels this disappearance is not just restricted to Kumaon but is true for the whole state.

“The two most common reasons for goral and muntjac to be killed by people are poaching and road kills. People are likely to kill them for meat across the state. Also, throughout Uttarakhand today, there is a good network of roads and speeding vehicles. That will exacerbate the numbers of road kills.”

Others in the wildlife fraternity agree with Johnsingh.

“Barking deer and goral are widely distributed in the state but are vulnerable to poaching and are threatened due to habitat loss/degradation,” said S. Sathyakumar, research scientist at the Wildlife Institute of India here.

“Due to lack of adequate manpower, the Uttarakhand State Forest Department may not be able to afford protection to the wildlife species that are widely distributed in the state (particularly outside Protected Areas).” 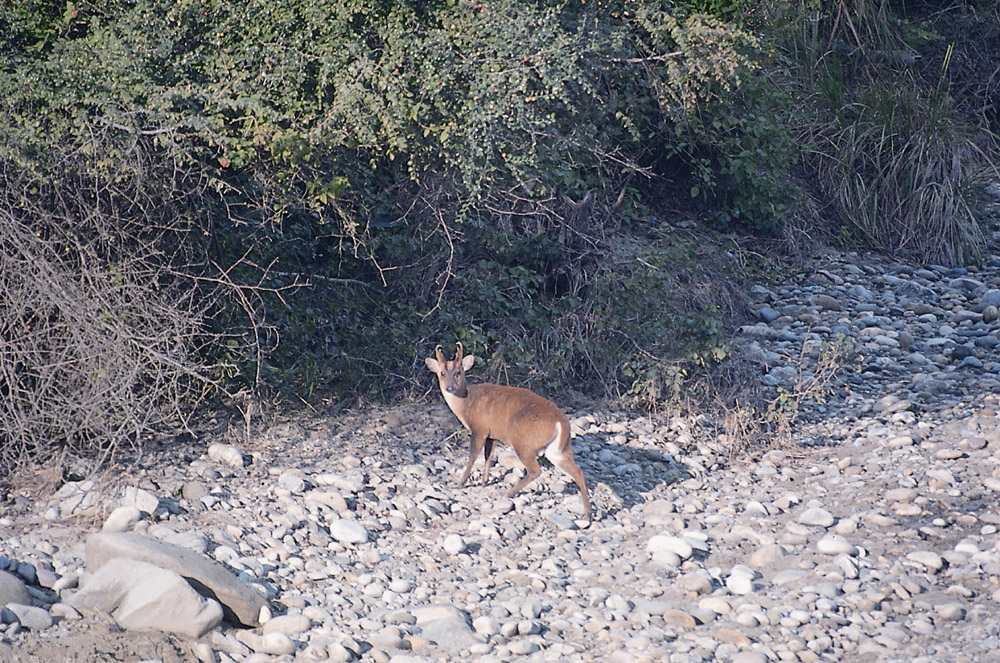 According to Neeraj Mahar, field officer, Wildlife Trust of India (WTI), poaching and hunting of goral and barking deer are very common across Uttarakhand.

“I have come across it in my own hometown of Pithoragarh. Habitat segmentation and deforestation, in addition to road kills, make the situation only worse,” said Mahar.

The state’s wildlife department, however, differs with the experts and says there has been no decline in numbers.

“From first-hand information that I have, I can tell you that there has been no such decline. These are all false reports,” said S.S. Sharma, chief wildlife warden, Uttarkhand.

He added that the goral population in Uttarkhand was in its hundreds and the barking deer in its thousands.

If such a decline is indeed taking place, it does not bode well for the state. The goral and muntjac are key prey species for leopards in Uttarakhand. Any decline in their numbers could lead to a worsening of the man-leopard conflict in the state.

“Certainly, in the absence of wild prey, leopards will come closer to villages looking for prey and it is likely that children moving around when it is dark and woman squatting in the dark (in the absence of toilet at home) can fall prey,” said Johnsingh.

So what can be done to stop the decrease in numbers of goral and barking deer?

Besides, there is need to sensitise local people and wildlife staff, added Sathyakumar.