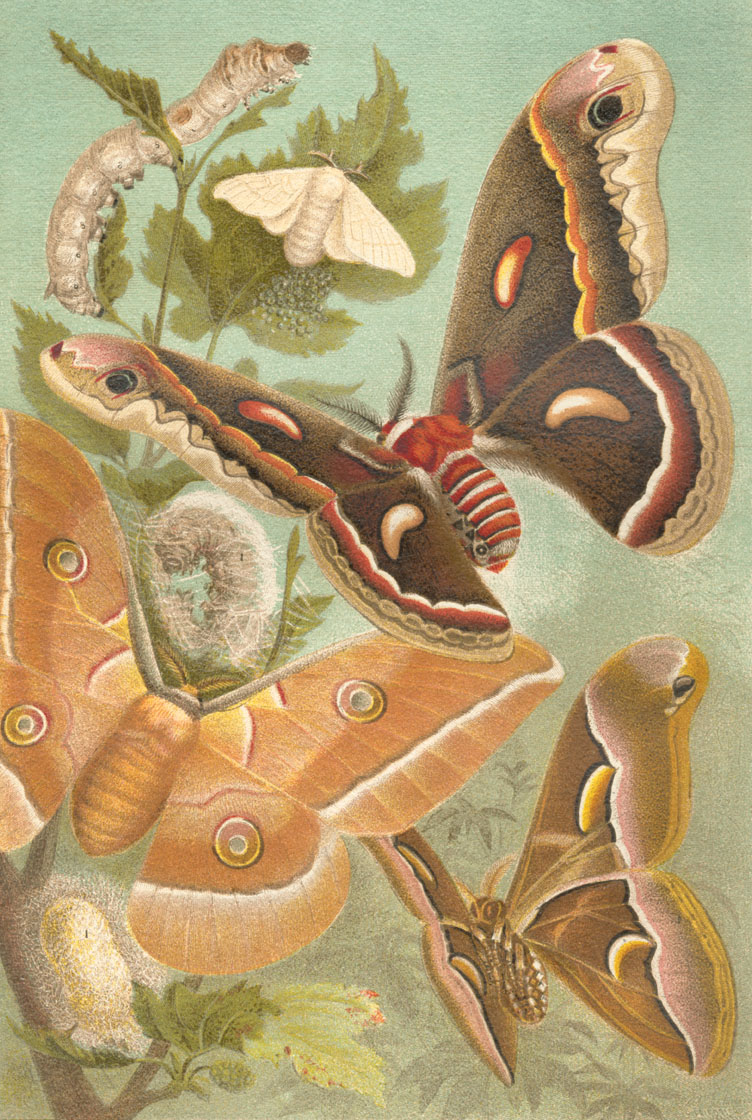 Four of the most important domesticated silk worms, together with their adult moth forms, Meyers Konversations-Lexikon (1885-1892)

Of these 12 units, six will be set up in Bilaspur district – the hub of cocoon cultivation – four in Kangra and one each in Hamirpur and Mandi district, said J.S. Rana, director Industries.

He said that in the last fiscal, the industries department and the Central Silk Board had provided assistance for opening up seven silk thread producing units in the state.

During 2011-12, mulberry plantation was done on 170 hectares private land under the Mahatma Gandhi National Rural Employment Guarantee Scheme.
Rana said the schemes worth Rs.7.28 crore were sanctioned for various silk clusters by the Central Silk Board under the Silk Development programme.

More than 9,000 farmers are directly involved in cocoon cultivation in the state, mainly in lower hills of Bilaspur, Mandi, Kangra, Una, Hamirpur and Sirmaur districts.

The silk farmers in the state are distressed for want of suitable price for their produce, said Congress legislator Rajesh Dharmani, who belongs to Ghumarwin assembly constituency in Bilaspur district.