Dehradun : Even as the agitation for the removal of Hemvati Nandan Bahuguna Garhwal University vice chancellor Prof S K Singh that has been going on for almost three weeks now seems to be unabating, the issue at stake are the final examinations that were scheduled to start from April 2, but have been put on hold ever since.

Final year students are in a fix about their future.

While many have applied for competitive examinations and admission to various colleges of repute in the country for their post graduation courses, they are not sure when the examinations will take place, and if at all they do, will the results be declared in time so that they can get admissions to places where they have applied. 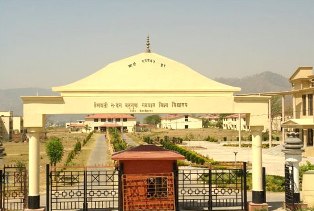 The future of about 1.5 lakh students is at stake but neither is the vice chancellor, nor a section of the teachers, non-teaching staff and students of the University, who are spearheading the agitation under the banner of ‘Vishwavidyalaya bachao sangharsh samiti’ are willing to yield.

Though of late there are signs that both sides may eventually come face to face on the negotiating table in the presence of district officials.

A section of the students alleged that the vice chancellor was aware of the fact that the agitating members of the ‘sangharsh samiti’ would eventually have to cow down under the pressure of the students keen to give their examinations and have the results announced, which was why he was backtracking from having any negotiations with the ‘samiti’ members.

They said that they had been putting pressure on members of the ‘samiti’ that their very future was at stake and they could not afford an indefinite agitation in the varsity to which a number of colleges in the state are affiliated.

The examinations to all these affiliated colleges have also been put on hold, which means that students of the state may not get admissions for higher courses in reputed universities and institutions of the country, because of which the ‘samiti’ members had yielded, but albeit only to having talks with the vice chancellor.

It may be recalled that earlier the ‘samiti’ members had made it clear that there would be no negotiations with the present vice chancellor S K Singh.

In fact they had been stating that talks would only be held only after Singh either resigned as vice chancellor of the University or was sacked. But now they have agreed to come for talks which are scheduled to be held later today.

Meanwhile, popular opinion amongst the students, who sympathize with both sides, were of the view that the agitation and examinations could have been held simultaneously, but they felt that the agitation was so timed, so that it disrupted the agitation, which would put pressure on the concerned authorities to remove the vice chancvellor.