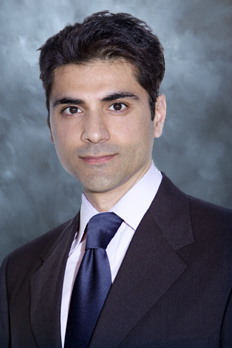 New Delhi: He is an orthopaedic surgeon back in Los Angeles and now Sonu Ahluwalia, who was married to actress Pooja Batra, is set to enter showbiz as the host of a new wellness show “All Is Well”.

While most say that he is following the footsteps of his actress-wife into showbiz, Ahluwalia told IANS: “‘All Is Well’ is a different show and it’s not that I am doing some movie. Through my show, I will just try to make people aware how they can take care of their health. But if that is still the case, it’s flattering that such things are being said.”

Ahluwalia was married to Pooja for eight years. However, the actress filed for divorce last year.

Born in Delhi, Ahluwalia has a list of national as well as international celebrity patients – Salman Khan consults him over his health problems. He has cured Sunaina Roshan of cancer, and treated Hrithik Roshan for his knee injury and tennis ace Sania Mirza for her wrist injury.

“All is Well”, which goes on air Sunday on Colors, is an interactive show, based on the format of US show “Dr. OZ”. It aims to reach out to the masses as it combines medical expertise with a feel good factor.

“For long, I wanted to share my knowledge with others and what could be better than to do it through television. It is indeed the best platform. It is a fun show and there’s nothing preachy. We wanted it to be an infotainment show,” Ahluwalia said.

“In the show, we have tackled health issues like obesity, heart diseases and cancer. We bring patients along with their doctors, who have been treating them and discuss about the problems and how could it be resolved,” he added.

Ahluwalia admits that initially it was not easy for him to face the camera.

“Facing the camera was not easy because this is not something I had ever done before, but you have to conquer it. To make yourself comfortable on camera, you have to do it into your own style and it works,” he said.

“Nothing is scripted. It is an interactive show that talks about what is relevant to India. It is about providing information with fun,” he added.