Shimla: Surpassing last year record generation by a whopping 470 million units (MU), public sector company SJVN has had its best generation ever from its 1500 MW Nathpa Jhakri run of the river hydropower plant since it came into operation in 2003.

With the union government having laid out a generation target of 7000 MU for the year, the plant not only surpassed it but also went passed last years record generation of 7140 MU, he added. 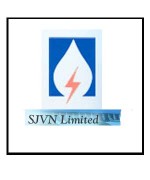 For meritorious performance during 2010-11, the power station was recently conferred with a ‘Gold Shield’ award by the power ministry.

The plant was able to optimize it generation by reducing the average maintenance time from normal ten days to eight days making the machines available for peaking power generation throughout the year,” said RP Singh, CMD of SJVN.

Commissioned in 2003-04, currently the Jhakri plant is the largest hydro power station in the country. Since commissioning of the power station it has recorded a 49% increase in generation.

The Company’s 412 MW Rampur hydro power project is in an advanced stage of construction and is scheduled for completion in September, 2013.

Besides hydropower, SJVN has forayed into power transmission and wind power with an initial capacity addition of 50 MW during 2012-13.