Chandigarh: Punjab has asked the central government to allow the export of wheat to Pakistan and CIS countries through the Attari checkpost as the state’s produce may cross a record 115 lakh tonnes this year. 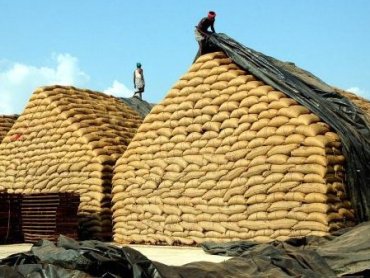 Deputy Chief Minister Sukhbir Singh Badal said that allowing export of wheat to Pakistan and the Commonwealth of Independent States (CIS) would help farmers to get remunerative prices for their agriculture produce.

The exports could take place through the Integrated Check Post (ICP) at Attari near Amritsar, 300-km from here. Badal said that the Empowered Group of Ministers (EGOM) is meeting in New Delhi Wednesday to take a decision on allowing exports of sugar and cotton.

It should also contemplate exporting wheat as this year Punjab and other wheat producing states are set to witness record production of the crop.

He said that Punjab was facing a peculiar crisis for storing wheat and asked the central government to get the stocks lifted from warehouses.

Badal said that grain markets in Punjab could face a glut as the wheat produce is likely to cross the target of 115 lakh tonnes this year.

He said that allowing export of wheat through the Attari ICP to Pakistan and other CIS countries could solve the twin problem of storage and extra production besides giving remunerative price to farmers.