Chandigarh: After treating her as a VIP inmate instead of as a convicted criminal, prison authorities in Punjab Tuesday ordered a probe into the preferential treatment being extended to former Punjab cabinet minister Jagir Kaur. 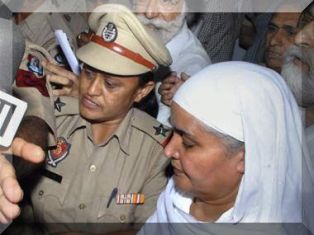 Punjab’s Director General of Police (Prisons) Shashi Kant told the media here today that he had sought an explanation from the superintendent of Kapurthala jail and was deputing a senior officer to look into the matter.

“I have sought his explanation and I am sending an IG (inspector general) for a spot report,” Shashi Kant said.

Jagir Kaur, who was shifted to the jail in her home district Kapurthala, 200 km from here, within hours of being convicted by a Central Bureau of Investigation (CBI) special court in Patiala Friday, was being treated as a VIP even inside prison.

Despite photographs and video footage clearly showing VIP treatment being extended to Jagir Kaur, Shashi Kant claimed that she was not a VIP prisoner.

Asked about her being a VIP inmate, he said: “No in capital letters. She is just like any other ordinary prisoner.”

“If the jail superintendent goes beyond the jail manual (to extend VIP treatment to Jagir Kaur), he will face the music. I am not the kind of person who spares anyone,” Shashi Kant said.

While Jagir Kaur has been allowed to have an endless stream of visitors, including Punjab government ministers and legislators and other top Akali Dal functionaries, jail and police officials have been seen touching her feet. She was driven to the Kapurthala jail from Patiala in an air-conditioned luxury Toyota Innova car under police escort resembling the motorcade of a minister.

Inside the prison, where she is supposed to be undergoing rigorous imprisonment for five years, Jagir Kaur has been allowed to meet supporters in the visitors room. She is presently confined in the makeshift jail hospital as she has high blood pressure.

Jail sources alleged that her close family members have easy access to her inside the jail along with home cooked food, mobile phone access and other facilities.

A newspaper report today claimed that a 32-inch LCD television with DTH connection was being installed for her entertainment inside the jail. However, the DGP claimed that the TV and DTH dish antenna was going for one of the jail staffers who resides inside the premises.

Jagir Kaur was convicted last Friday and sentenced to five years rigorous imprisonment for criminal conspiracy and other charges in the mysterious death of her daughter.

Despite being convicted of criminal conspiracy and other charges, the state government maintained that “Bibi Jagir Kaur resigned as cabinet minister on moral grounds following her conviction by a CBI special court”.

However, the court cleared her of murder charge of her daughter, Harpreet Kaur, 19, framed by the Central Bureau of Investigation (CBI).

Jagir Kaur was the lone woman minister in the Badal government.

She has been held guilty under various sections of the Indian Penal Code — Section 120-B (conspiracy), 313 (causing miscarriage without woman’s consent), 344 (wrongful confinement for 10 days or more) and 365 (kidnapping or abducting with intent of secretly and wrongfully to confine person).