Dharamsala: Ahead of the Indian Premier League (IPL) 2012 matches at the picturesque stadium here, the venue is all set to host a friendly match between Indian and British MPs April 13, a statement said here Monday.

“It’s a great day in the history of HPCA that we would be hosting the members of parliament for a match from the two countries who have a long history of the game,” Himachal Pradesh Cricket Association president Anurag Thakur said in a statement.

HPCA officials said the stadium’s popularity had soared thanks to hosting five IPL matches in the past two seasons.

It’s being counted as the second home ground for the Kings XI Punjab team, which 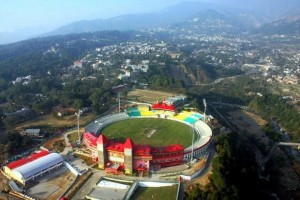 The stadium, 250 km from state capital Shimla, has a 20,600-seating capacity, besides separate practice areas, a club lounge, restaurant, bar and a banquet hall.