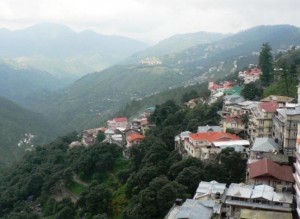 Shimla: Forests are vanishing, rock blasts are traumatising wild animals and debris is filling up riverbeds with builders having a field day in Himachal Pradesh, says a report by a state government-appointed commission.

It also recommends the withdrawal of the Himachal Pradesh Apartment and Property Regulation Act of 2005.

“The noise created by blasting the rocks (during the construction of projects) is sending shock waves among the wild animals. Natural water resources (in the area) also dried up. The contractors are having a field day and dumping muck and debris into the riverside and its streams, threatening the aquatic fauna,” Justice D.P. Sood, a former judge of the Himachal Pradesh High Court, says in his 147-page report submitted to the government this month.

“Forests are vanishing in the state despite strict forest laws. The contractors and the forest mafia deploy diesel-run cutting machines, wreaking havoc on the jungles,” he says.

The state government had constituted the one-man commission of D.P. Sood to probe ‘benami’ (illegal) land transactions in the state from 2003 to 2011 and look into violations of statutory provisions and administrative procedures.

In his report, Sood cites the alleged violations of Shubham Electricals.

In 2006, the company was allowed to establish an industrial unit near the town of Nahan in Sirmaur district on a plot of land, which, as per the revenue records, was rocky. The company blasted off the rocks to make the plot flat for constructing the building, says the report.

“Apart from polluting the atmosphere, the blasting also affected the fragile topography of the Shivalik hills,” it adds.

Similarly, Intercontinental Private Ltd was allowed to set up a resort along the Beas River in Manali. “The permission should have been denied because the resort is coming up on the banks of the Beas and it will pollute the river and create flood threat in the future,” says the report.

“This callous and un-pragmatic attitude of the authorities is the root cause of pollution of rivers and coming up of habitation on the bed of river can cause natural calamity during monsoon… This is a criminal offence not to visualise the after-effects of tampering with the riverbed,” the report says.

The report asks the government to immediately withdraw the Himachal Pradesh Apartment and Property Regulation Act of 2005. The law was passed by the previous Congress government to enable builders to construct and sell flats under various categories in the state.

“Builders are creating concrete jungles and spoiling the forested environment of the state. Since the government lacks manpower to monitor each and every construction activity, the Act should be withdrawn,” says the report.

“The need of hour is to preserve these heavenly abodes and virgin beauty of the mountains lest it should not lose in the never ending race of development and modernity,” says the report.