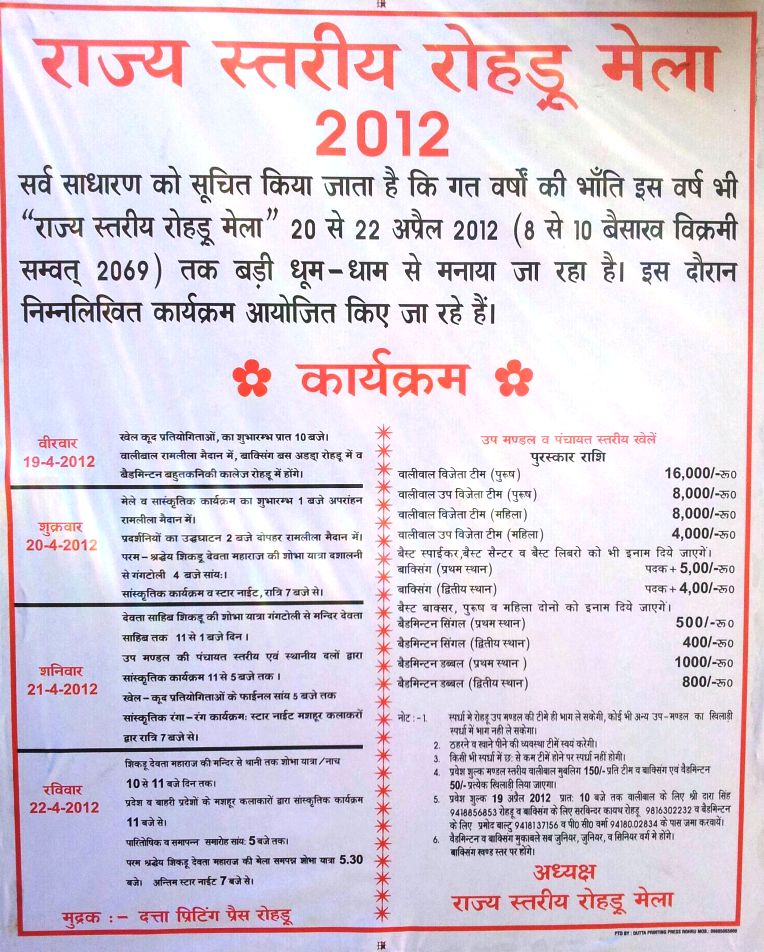 Rohru: Local BJP MLA Mr. Kushi Ram Balnahta will be the chief guest on the closing ceremony of state level Rohru fair on April 22nd at the Ramleela ground. He will give away prizes to the winners of different sports and cultural events and address the public on the occasion. Sports competitions will start on April 19th at different venues – volleyball will be organized at Ramleela ground, boxing will be at bus stand and players will shoot their shuttles at govt. polytechnic college. For Volleyball, the prize money is highest at INR 16,000.

Deputy commissioner Shimla Mr. Onkar Sharma will inaugurate the fair on April 20th at 1 in the noon. Exhibitions will be inaugurated an hour later. Famous local artists will entertain the people in the first Star night, which will start at 7 pm.

On 21st panchayt level artists and local pahari singers will perform from 11am to 5pm and the star night will start from 7 in the evening. The third and the last day of the fair is dedicated to artists from the other states and the fair will end with the shobha yatra of the local deity devta Shikru Ji Maharaj at 5 pm throughout the market.