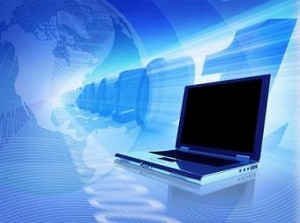 Shimla:  As competition mounts amidst global uncertainties and high interest burden, slowing down the Indian economy, small and medium Information Technology (IT) firms, up against more established players in the field, are looking at the government for tax exemptions to keep them globally competitive.

“The small and medium IT industry needs not only tax incentives but the government also needs to ensure that the current taxation rules and regulations need to be made workable for the small companies,” says Anita Thakur, director of Avant Grade Digital, a Shimla based digital services company with a production office in Chandigarh and a sales office in Toronto, Canada.

“When the margins are shrinking and imposing tax on that margin, then one certainly cannot expect the industry to compete,” she said.

“In order to keep the Indian IT industry competitive on a global scale, the Government must give a tax exemption for the small and mid-sized technology companies”, says Thakur.

“In 2010, we achieved rapid growth, in fact it was one of the highest turnover locally in terms of foreign remittance but we are not sure if we can sustain that now”, she added.

Small sized businesses contribute a significant percentage to the services sector export but the profits in services are rapidly dwindling, since other countries like Philippines and East European nations joining the outsourcing bandwagon, the margins are becoming significantly low, say industry sources.

Large corporations based out of Bangalore, Chennai, Hyderabad, Indore, Kolkata, NCR, Pune, Mumbai and Ahmedabad are the leading IT cities in India.

For this growth to percolate down to Tier II and Tier III cities like Shimla, central government needs to boost the SMB sector with tax benefits as established companies are reluctant to start shop in small cities for the lack of Infrastructure and skill availability says Thakur.

Indian outsourcing industry that commands a staggering 63% share of the global market and is estimated at about US$11.4 billion.